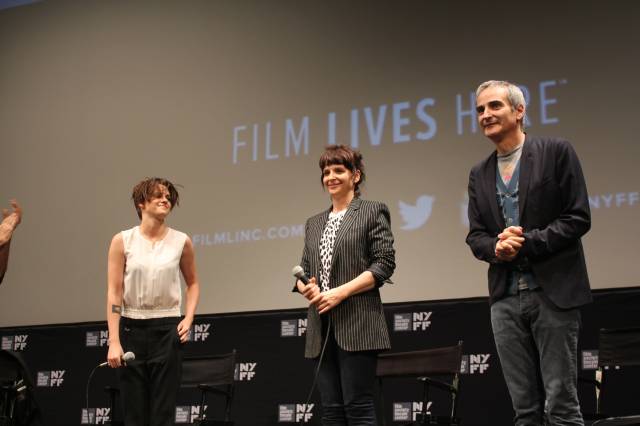 While we swayed more positive than most on Clouds of Sils Maria at Cannes (our review), it seemed to attain the acclaim it deserves after stopping by New York Film Festival. Olivier Assayas‘ latest drama is a rich, deeply layered meta-tale exploring the craft of acting across generations, and while we got a chance to sit down with him earlier this week, we’ll be saving our interview for a release next spring. To hold one over, however, we have video from the NYFF press conference.

Joined by Assayas are his stars Kristen Stewart and Juliette Binoche as the director discusses how acting is “really about understanding fellow humans” and being inspired by Rainer Werner Fassbinder’s play The Bitter Tears of Petra von Kant. Binoche also touches on how she prepared extensively while Stewart was able to jump right into the material, and much more. Check out the great conversation below and read more from Cannes here.

Clouds of Sils Maria will open next spring.