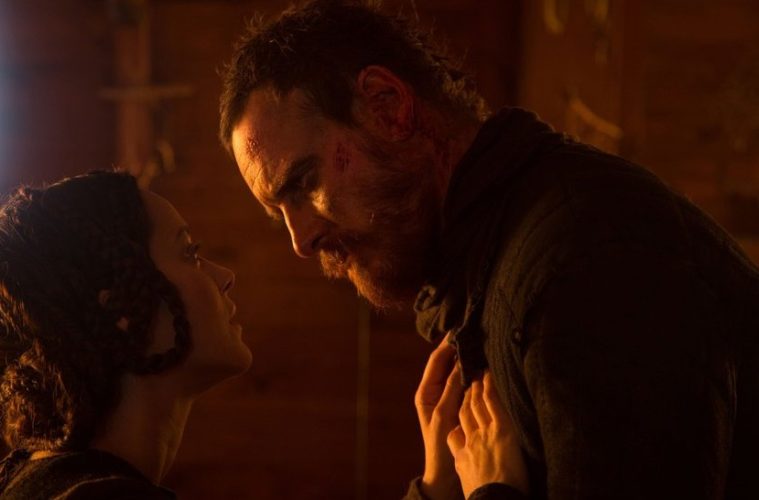 It’s shaping up to be a major fall for Michael Fassbender, but depending on where you live, you’ll be experiencing things in a different order. While the U.S. gets Steve Jobs first, the U.K. sees the debut of Macbeth this week and with it comes the first featurette for Justin Kurzel‘s drama also starring Marion Cotillard.

“Yeah. I do,” Kurzel tells The Guardian when asked if he thinks evil exists. “I think there’s a precipice that we stand on looking down on it, and it’s paper thin. We know we can’t come back if we jump, but we’re drawn to it anyway. That’s why Macbeth is so popular. The madness.”

One of our favorite films from Cannes, we said in our review, “The director approaches the classic tale of murder and moral decline with the same level of visceral stylization that distinguished his debut, pulling off perhaps the fiercest cinematic translation of Shakespeare to date.” Check out the featurette, as well as new photos and posters below, for one of the 30 best fall films we’ve already seen.

Macbeth arrives on October 2nd in the U.K. and December 4th in the U.S.