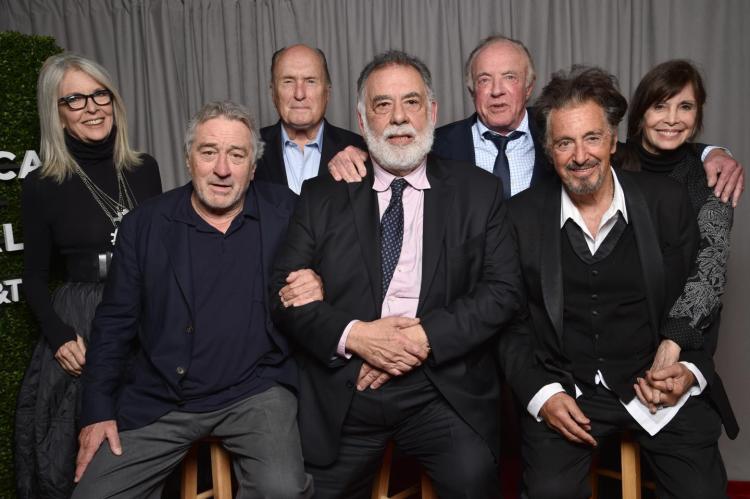 To cap off the Tribeca Film Festival, there were two legendary reunions this weekend. On Friday, Quentin Tarantino and the cast of Reservoir Dogs appeared for the film’s 25th anniversary (see a recap here); then, on Saturday, The Godfather was celebrated for its 45th anniversary. After a screening of both the first film and The Godfather Part II, director Francis Ford Coppola and cast members Robert De Niro, Al Pacino, James Caan, Robert Duvall, Diane Keaton, and Talia Shire gathered for an extensive 80-minute talk on the making of their masterpieces.

If you didn’t have a ticket to the event at Radio City Music Hall, moderated by Taylor Hackford, thankfully Tribeca streamed the entire thing and one can watch it in full. Across the wide-ranging discussion, the director and cast discussed the source material, the many screen tests, finally getting cast, their favorite memories of the production (if they can remember, in some cases), and, of course, Marlon Brando. Experience the iconic night by watching the full talk below.

The Godfather will return to theaters nationwide Sunday, June 4, and Wednesday, June 7 and will get a 45th anniversary Blu-ray release on May 9.