Watch an Interview Between Jean Renoir and Jacques Rivette 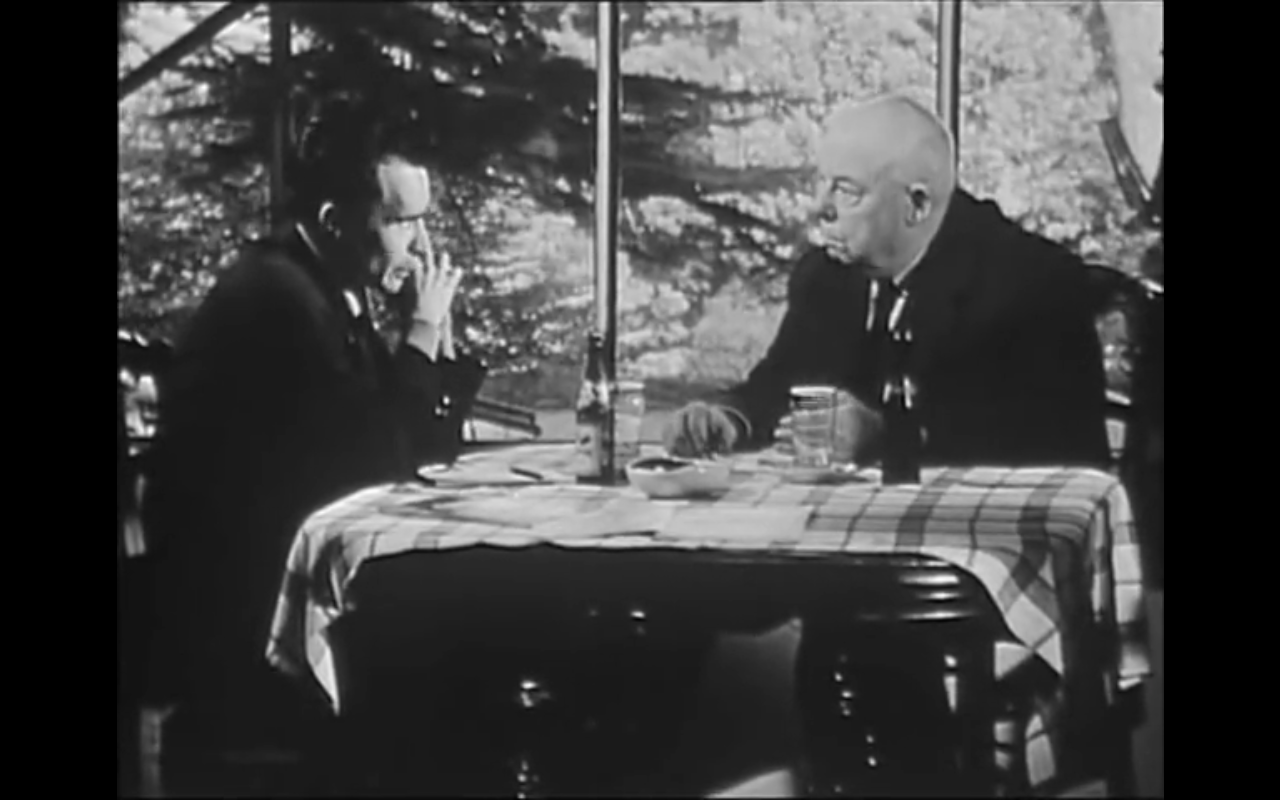 After Paris Belongs to Us and The Nun, still some years away from becoming one of the world’s supreme filmmakers, Jacques Rivette crafted a trilogy of documentaries concerning French cinema’s elder statesman, Jean Renoir. These, like most of Rivette’s output, are rather difficult to find — how unfortunately fitting that one, per Jonathan Rosenbaum, is “a missing link that’s key to understanding Rivette’s work” — but not all is lost. If anything, the surviving portions of their time together, which we’re posting today, make clear that some invaluable documents are ripe for discovery.

Presented here is Jean Renoir Parle de Son Art (or Jean Renoir Discusses His Art), a simple, fifteen-minute sit-down between budding and well-established masters — albeit one in which the former (wisely) allows the latter to use his questions as a launchpad. (Telling, I think, that Rivette almost exclusively appears when asking a question, which isn’t so very often.) What comes of it is very stimulating for a few reasons, arguably chief among them the reminder that Renoir was as much of a great thinker as he was a great artist; one might launch an auteurist study on this alone to determine what Rivette took from it and applied toward his blossoming career.

Watch it below, as well as a full version (only for French-speaking types) and a fifteen-minute selection from the aforementioned piece on Renoir and frequent collaborator Michel Simon: