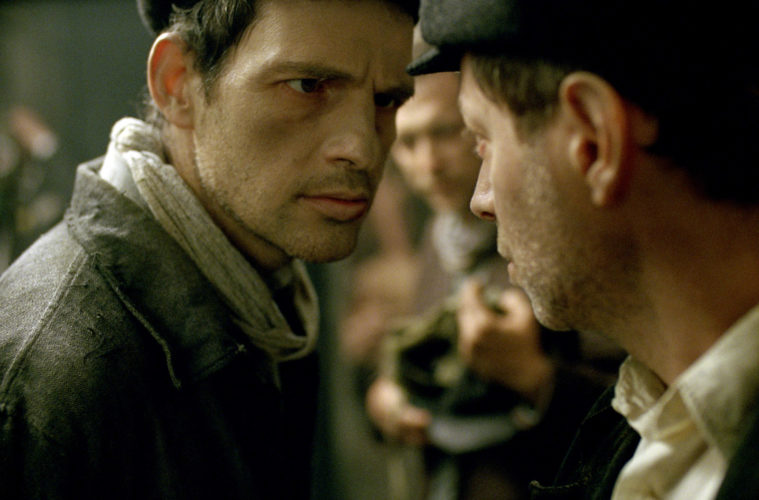 Despite the wide crop of potentially great cinema it’s going up against, Son of Saul is, to many eyes, the best film of this year’s Cannes. Our man on the ground had very kind things to say (full review) about the feature debut of Béla Tarr protégé László Nemes‘ feature debut, chief among them that, “By approaching his material through a purely experiential style that purposely eschews psychology, he has crafted a towering landmark for filmic fictionalizations of the Holocaust.”

Those wishing to get a better understanding of the much-acclaimed picture should consider viewing a press conference with the helmer, a few actors, and other members of the creative team that goes into how such a unique vision of the Holocaust was brought to the screen. (“From beginning to end, Mátyás Erdély’s cinematography effects a kind of reverse POV. The camera stays with Saul at all times, usually framing his face in tight close-up. Rather than share his vision, we are granted insight into his frame of mind.”) Meanwhile, those who want a real look at Saul can watch some clips, though it’s understandable if one wishes to preserve any and all surprise of this experience — something you couldn’t say for most films about history’s worst occurrence.

Watch all of it below:

Son of Saul is expected to arrive this year, courtesy of Sony Pictures Classics.

Are you anticipating Nemes’ film?