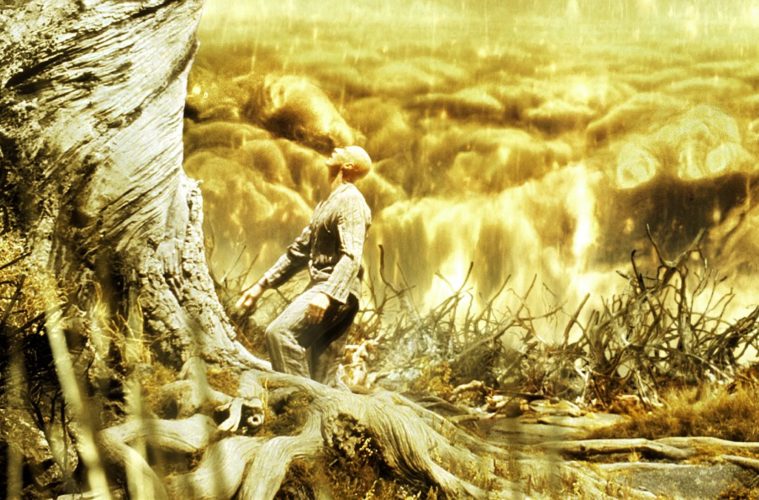 Watch: 1.5-Hour Documentary on the Making of Darren Aronofsky’s ‘The Fountain’ Last week finally saw the release of our first footage from Darren Aronofsky’s biblical epic Noah, and with it came a bevy of reactions, but as we await its spring debut, it’s time to revisit the director’s most ambitious project. Released on this day in 2006 (a theatrical event I’m grateful I was able to experience), The Fountain is an epic tale of love and death spanning three divergent generations, but it took a great deal of time to get to the screen. Originally set up with a $70 million budget and led by Brad Pitt and Cate Blanchett, Warner Bros. shut down production and was resurrected two years later with half the budget and Hugh Jackman and Rachel Weisz in the lead roles.

Chronicling the long journey to the screen, we now have an excellent behind-the-scenes documentary, as well as a commentary track from our director. Captured by Niko Tavernise, the official still photographer on the production (who also gave us the 45-minute documentary behind The Wrestler), the first part of this 1.5-hour documentary is included on the DVD, but recently unveiled is a candid 30 additional minutes of extra footage, which is has a genuine, raw feel one isn’t likely to find on any home video release. Pared down from over 300 hours of footage, one can witness Jackman’s wrap, along with the rest of the crew, cinematographer Matthew Libatique‘s struggles and much, much more. Check out both parts below, along with a commentary track not on the DVD, for one of the most ambitious, overlooked films of the last decade.

Are you a major fan of The Fountain? What do you think of this behind-the-scenes material?