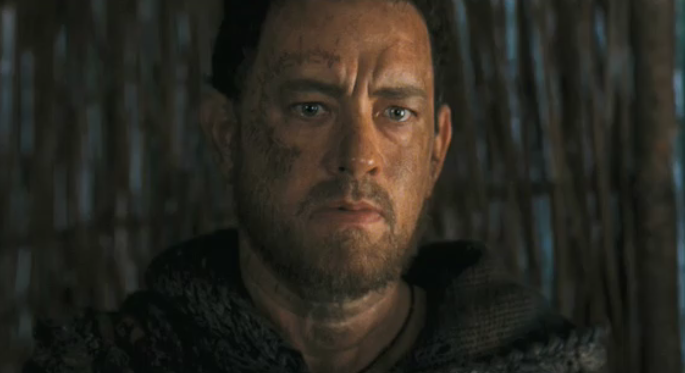 Following the first batch of stills and piece of score last night, we’ve got the first epic, six-minute trailer for Wachowskis and Tom Tykwer‘s ambitious undertaking of Cloud Atlas. Based on David Mitchell‘s novel, spanning multiple time periods over a thousand years, with actors playing multiple characters, it’s difficult to imagine a film that has taken on so much. We’re given a preview of the six different time periods and stories including a Pacific Ocean voyage, an English musician in 1930s Belgium, a journalist in 1975 Buenas Yerbas, California, a present day London gangster story, a clone story in a future Korea and then finally, a post-apocalyptic Hawaii.

The film was selected to premiere at the Toronto International Film Festival and features a stellar cast including Tom Hanks, Halle Berry, Jim Sturgess, Susan Sarandon, Ben Whishaw, Jim Broadbent, Hugh Grant, James D’Arcy, Keith David, Bae Doona and David Gyasi. The filmmakers have seemed to nail most of the scenarios in this quick look, but more importantly, they look to have a strong emotional current through each and everyone. I’ve heard there are some staggering transitions as we move between each time period, which is only briefly hinted at here. Nonetheless, this just shot up to damn near the top of my most-anticipated of the fall list.

Check out the trailer and poster below, followed by an intro from the directors. If you want to see it in full, glorious HD head over to Apple.