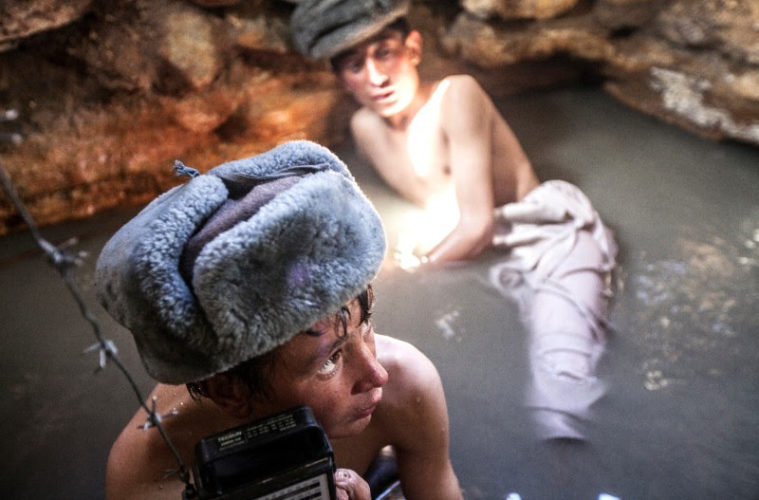 The Sundance Film Festival 2016 slate has no short of highly-anticipated titles, but one of the many pleasures of the event is the element of surprise. Every year there are a number of premieres that weren’t on our radar that go on to be some of our favorites of the festival. Today brings the first trailer for a feature that could hopefully fall into this category, The Land of the Enlightened.

Shot over the course of seven years in Afghanistan by the acclaimed photographer Pieter-Jan De Pue, the film follows a gang of Afghan kids from the Kuchi tribe who dig out old Soviet mines and sell the explosives to children working in a lapis lazuli mine. It alos tracks another gang of children who keep tight control on the caravans smuggling the blue gemstones through the arid mountains of Pamir.

Set for a world premiere in the World Documentary Competition at Sundance, check out the first trailer below, which sells a stunning-looking documentary.

Shot in stunning 16mm over the course of seven years in Afghanistan, the astonishing first feature film of Belgian photographer Pieter-Jan De Pue combines a vérité portrait of a nation and its young people with the magic-reality of their dreams. In the vast mountain region of the northern Wakhan Corridor (“The Roof of the World”), a gang of nomadic children raid caravans and trade scavenged Soviet landmines, raw lapis lazuli and black opium for food and fuel. Possessing an unfaltering talent for improvisation and an inexhaustible eagerness to learn, they navigate a harsh reality as Western forces begin to pull out of the country, all the while dreaming of themselves as​ ​warriors and kings in a future Afghanistan. Fusing their vivid imaginings with documented reality, De Pue has created an exhilarating story that pushes the boundaries of nonfiction filmmaking.

The Land of the Enlightened premieres at Sundance on January 24th, 2016.