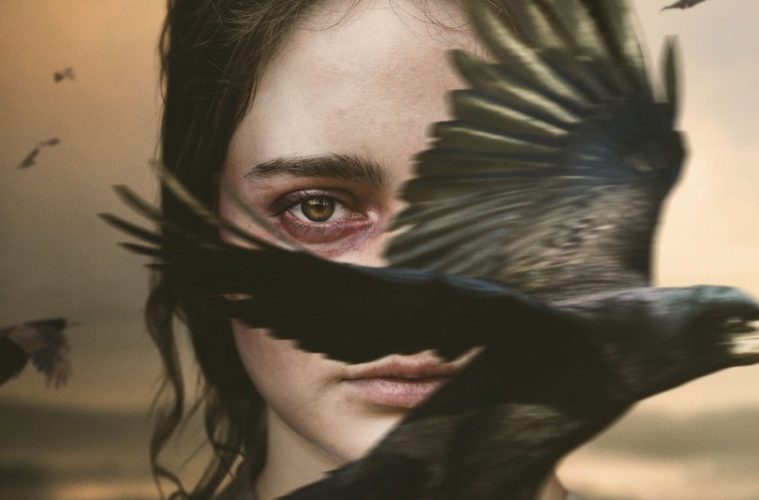 Venice Review: ‘The Nightingale’ is a Wrenchingly Violent, Timely Compelling Quest for Justice

Jennifer Kent’s The Nightingale features some of the most atrocious on-screen violence in recent memory. It is a cauldron of blood, murders, and rapes so unflinching in vividness and brutality as to make it impossible to go through its 136 minutes without ever turning away from the screen, let alone to come out of it untouched. But it is also, in a way that’s indissolubly bound to role that violence plays in Kent’s work, and to the depiction she offers of it, one of the most memorable works in its genre – a parable that never turns violence into a spectacle, but is resolutely committed to expose the poisonous double prism of racism and sexism it feeds upon.

Far in time and space from the familiar present-day contours of her 2014 Sundance hit The Babadook, Kent sets her second feature in 1825 Tasmania, where Irish twentysomething Clare (Aisling Franciosi) struggles to break free from the grip of English Lieutenant Hawkins (Sam Claflin). A former convict who’s just finished a 7-year sentence for a minor theft, Clare is waiting for a ticket that will officially allow her to lead a free life with her Irish husband Aidan (Michael Sheasby) and their baby child. Except Hawkins has no interest in allowing that to happen, making vague promises about her papers only to force her to sing to the abusive and ever-drunk soldiers under his command (she’s called “a little nightingale” for a reason), and raping her once the performances are over. “She’s my property, and I’ll do what I want with her” the lieutenant shouts at Aidan, in a crescendo of tension that predates an act of unspeakable violence against Clare’s family, which sets the girl’s revenge in motion. Unable to secure justice from the British authorities (“do you want me to take the word of an ex-convict over that of an officer?” a judge sarcastically smirks at her), Clare recruits Aboriginal tracker Billy (Baykali Ganambarr) to escort her through the Tasmanian bush in pursuit of Hawkins and his cronies.

What ensues is a miracle of screenwriting and stage chemistry between Franciosi and Ganambarr. Clare’s unavenged tragedy is not a far cry from the horrors Billy had to witness by the hands of the “bloody Europeans” who took his land, enslaved his people, and forced him to watch as they slaughtered his family. Nor are the two different in their status as pariahs. Clare’s an Irishwoman stranded in an island where the Irish are billed as scum, and women the property of men; Billy is a Letteremairrener young man struggling to survive a “Black War” between colonizers and natives, whose grueling mementos are displayed in the shape of aboriginal corpses hanging from trees along the track.

But in Kent’s piercing script, neither one trusts the other, and the virulently racist belittling Clare subjects Billy to as the “boy” who escorts her into the wilderness finds a powerful echo in the young man’s own hatred toward white colonizers and the cultural annihilation inflicted upon his people. (“I don’t ever want to be like a white boy, not now, not ever,” is one in a long series of lines Ganambarr delivers with poignance and ardor). What’s surprising here is not the number of tirades against the English waged by both sides, nor the fact that the two will eventually cease to be enemies to embark on a mutual fight for revenge – but that Kent does not rush that unlikely alliance, and interjects it with constant reminders of just how unmistakably irreconcilable Clare and Billy’s cosmogonies are.

When Clare falls sick along the way, it is Billy’s “hocus pocus” that saves her, whether in the form of medicinal herbs or traditional dances, and that The Nightingale can pay justice to its aboriginal heritage without turning its rituals into an exotic show is both courtesy of Kent’s respectful eye as filmmaker and the terrific help provided by the team of Aboriginal culture consultants she recruited along the way, from Jim Everett – a Plangermairreenner who helped Ganambarr learn how to perform the traditional Mangana dance – and Theresa Sainty, who looked after the linguistic aspects of the script, reawakening a near-defunct idiom and teaching it to the natives’ cast.

Billy’s short-lived relief and a few scattered idyllic visions of family love notwithstanding, Clare’s journey remains a descent into a horror of nauseatingly grueling proportions, with Hawkins’ character towering above other villains as a Colonel Kurtz-like demon possessed by a cocktail of colonial delusions and thirst for blood. But the violence, even when it reaches its most abhorrent heights, is never showcased for shock value. Rapes, murders and all other forms of terror waged by colonizers upon colonized are not merely presented, but dissected, their consequences explored through character arcs that pay justice to the full extent of their dehumanizing effects. Watching Ganambarr cry his heart out as a white family invites him to join them at their dinner table, after days spent traveling through a white man’s heart of darkness, ranks high among The Nightingale’s most moving sequences.

Shot by The Babadook’s director of photography Radek Ladczuk in a boxy Academy ratio, The Nightingale is far less interested in offering a travelogue of Tasmania’s bush than in focusing on the humans suffering inside of it, and the cinematography adjusts to Kent’s vision, working through close ups that add to the violence’s inescapable and suffocating aura, and amplify its lingering, nauseating feeling.

“You know what it’s like to have a white man take everything from you,” Clare tells Billy as The Nightingale passes the one-hour mark, and the two start fighting together. From here on, Kent’s work adjusts its rape-revenge scaffolding and tropes to capture a history of violence far larger in scope, as seen and experienced by two categories of people whom the colony had turned into commodities, and pushed to its margins. Calling The Nightingale a difficult watch is an euphemism. But it is as compelling and urgent as it is impossible to stomach. The revoltingly sexist slurs Jennifer Kent received at the end of The Nightingale’s Venice world premiere are a sad reminder that the patriarchy against which Clare fights in 1825 Tasmania is not a dormant relic locked into a period piece, but alive and kicking.

The Nightingale premiered at Venice 2018 and opens on August 2.