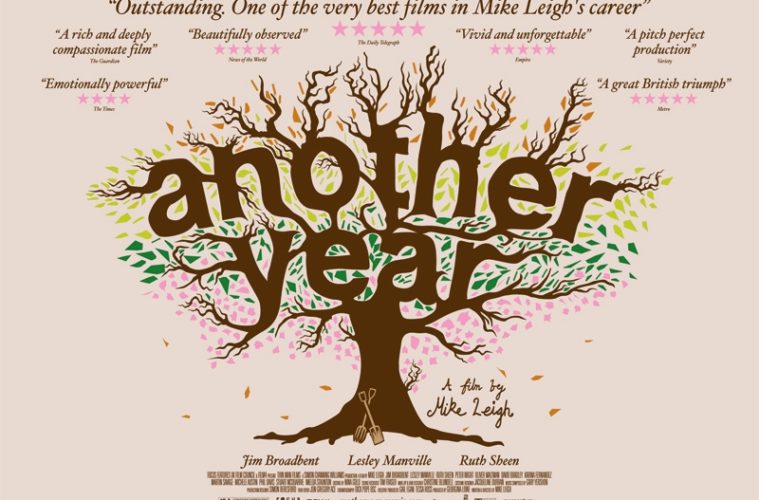 US Trailer for Mike Leigh’s ‘Another Year’ After premiering at Cannes this past spring, Mike Leigh‘s Another Year has gone on to achieve further critical acclaim during its festival run. Sony Pictures Classics is set to distribute it at the (very) end of the year and now we have a new trailer. The film stars Jim Broadbent, Ruth Sheen and Lesley Manville. You can see our New York Film Festival review here and the trailer below via Yahoo.

Synopsis: A married couple who have managed to remain blissfully happy into their autumn years, are surrounded over the course of the four seasons of one average year by friends, colleagues, and family who all seem to suffer some degree of unhappiness. What do you think of the trailer? Did you like Happy-Go-Lucky?