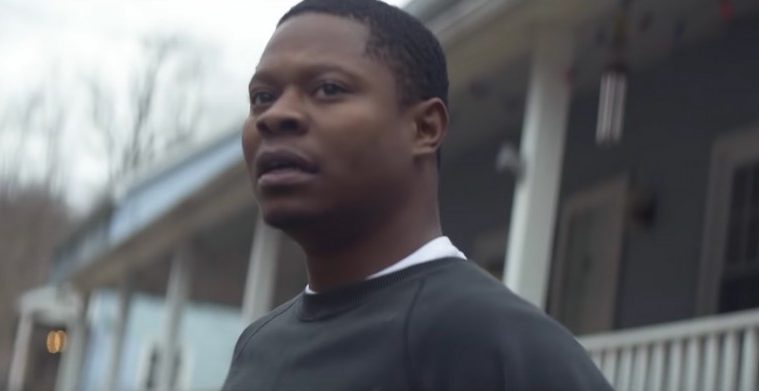 ‘Tyrel’ Trailer: Jason Mitchell Needs to Get Out in Harrowing Race Relations Drama

Jordan Peele’s Get Out was brilliant in its satirical take on race relations in today’s America, but another Sundance feature proved to be even more harrowing in its realistic depiction of how subtle racism can play out. Sebastián Silva’s latest film Tyrel follows Jason Mitchell’s character Tyler placed in a testosterone-heavy, white man-filled weekend and the anxiety-inducing isolation he’s faced with. Ahead of a December release, the first trailer has now arrived.

I said in my review, “Like a lucid nightmare where no one can feel your alienation no matter how loud you scream out, these small moments boil to a suffocating climax that never explodes, making TYREL a startling cogent drama about race relations in today’s America. For Tyler, even next to one of his best friends, there’s no promise he’ll ever feel fully comfortable. I can think of no more petrifying, damning conclusion.”

TYREL follows Tyler, who joins his friend on a trip to the Catskills for a weekend birthday party with several people he doesn’t know. As soon as they get there, it’s clear that (1) he’s the only black guy, and (2) it’s going to be a weekend of heavy drinking. Although Tyler is welcomed, he can’t help but feel uneasy in “Whitesville.” The combination of all the testosterone and alcohol starts to get out of hand, and Tyler’s precarious situation starts to feel like a nightmare.