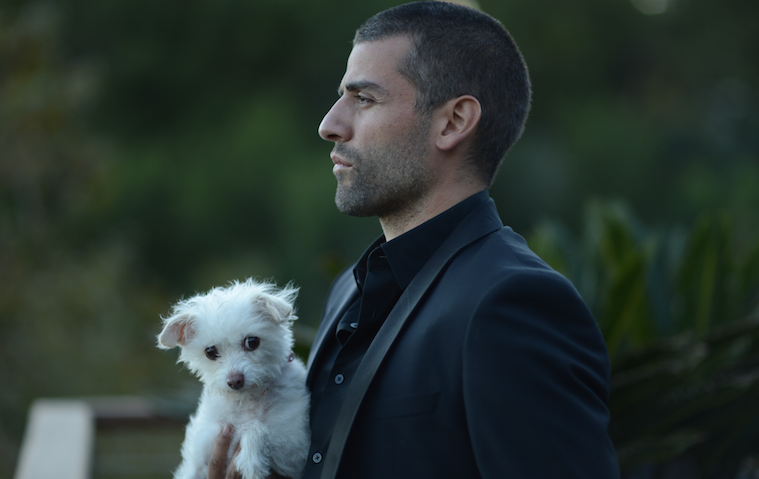 Through exchanging more words in a few moments than they did in all of Inside Llewyn Davis, Garrett Hedlund and Oscar Isaac give a pair of committed lead performances in Mojave, respectively playing a privileged Hollywood icon and a mysterious malevolent force. The sophomore directorial feature from accomplished screenwriter William Monahan (The Departed, Kingdom of Heaven) dabbles in a peculiar clash of genres and subject matter: a noir thriller, a dark comedy, a western, a behind-the-scenes jab at the film industry, and an existential exploration of one’s perceived reality, among other things. While not all of these work cohesively, Monahan’s particular rhythm of language makes Mojave a bizarrely compelling watch.

Although his work is never explicitly discussed, it’s assumed that Hedlund’s stoic Thomas is a major player in Hollywood, living in a luxurious, albeit unkempt home and working with a famous producer (a cameo we won’t reveal). In a perceived attempt to find some meaning in his current soul-searching state, he escapes to the Mojave desert with a pair of large bottles of hard liquor and water jugs. After an unwieldy bout of off-roading leads his car to careen and flip, he leaves it by the wayside to set up a campfire, where he’s soon met by an unexpected guest.

Emerging out of the darkness is Jack (Isaac), a scraggly, rough-edged, rifle-equipped drifter who fancies himself to be a devil of sorts. With only the campfire in-between, he sits across from Thomas and muses on the meaning of life, what brought them together, the story of Jesus, and more. Thomas’ senses are aligned with any reasonable person, and after listening to the unsettling Jack, he knows this is a situation that won’t end well. He decides to beat him up and escape, but by the next day he’s haunted by his presence. After finding rest in a cave, Thomas is awoken by a silhouetted figure and fires off a shot. However, this target turns out to be a local cop and, with Jack seeing the incident from across the mountain, a game of cat-and-mouse begins.

While the title might lead one to believe this is a story taking place solely in the desert, Monahan has other ideas. Returning back to Los Angeles, Thomas is tormented by Jack, who finds his way back thanks to his own villainous ways. While Thomas deals with his own set of problems — hiding a gun he stole from his victim, issues with his latest movie, and a relationship with the actress of said movie (Louise Bourgoin, in a severely thankless role) — we follow Isaac in his most amusingly off-the-wall performance. All while injecting “brother” more times than Gatsby says “old sport,” Jack assumes the identity of another victim, sporting a pink speedo and chatting with his kidnapped dog as he tracks down Thomas. If one has seen Monahan’s recent remake of The Gambler, you’ll understand his ability to flip our expectations of a certain genre on its head through dialogue-laden sequences exploring one’s motivations and potential future paths. In a lesser film, this would be dismissed as either needless exposition or overwrought debates, but Monahan’s skills as a writer keep one continuously engaged at the back-and-forth intellectual games being acted out by our leads.

When a character isn’t talking, however, Mojave loses its focus. Sequences featuring slasher horror undertones are ineffective, partially due to the technical execution leaving much to be desired. While Monahan’s aforementioned last film had the backing of a major studio (and a kinetic director at the helm), Mojave is hampered by amateur cinematography and a broadly cheap aesthetic.

However, the script is king here and it’s hard to imagine a better pair tackling the material. Hedlund, taking on substantial leading material for the first time, is capable as the more grounded presence to Isaac’s devilishly over-the-top antagonist role. As the two go head-to-head on philosophies of morality (when Thomas prompts Jack about his murder streak, he retorts, “how many people did you abandon on your road to fame?”) and more, these sequences work greater than Monahan’s rather lazy deconstruction of Hollywood. It may spread itself too thin with its high ambitions, but Mojave’s strange mix of genres leads to an entertaining B-movie like few others we’ve seen as of late.

Mojave premiered at the 2015 Tribeca Film Festival and opens on January 22nd.