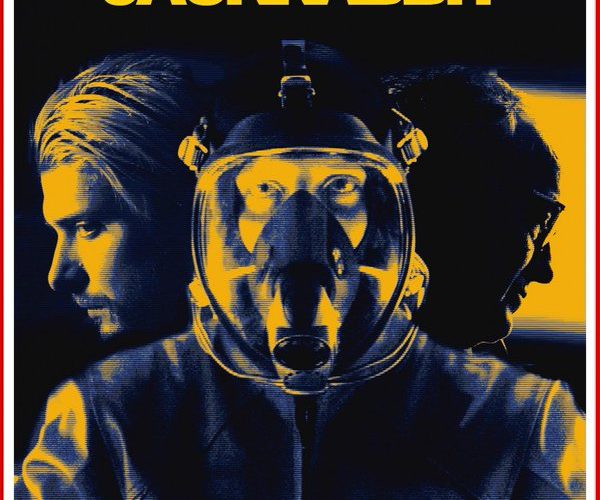 Dystopian sci-fi is trendy. Anyone who has any knowledge of today’s pop culture could tell you that and it’s no surprise Hollywood has jumped on its collective consciousness with The Hunger Games, Divergent, and The Maze Runner. I enjoy them, don’t get me wrong, but the reality of their monumental success removed from classics like 1984 or Fahrenheit 451 is a more glaring commentary on twenty-first century society than the political messages they use as a backbone to romantic, YA plotlines. There has been a dumbing down of culture where artists have reworked ubiquitous notions and Big Brother fears in a way that distills them to basic human emotion so as not to alienate Millennials too caught up in the now—or now’s usurpation of the past—to bother with “crusty old men” such as Orwell or Bradbury.

So it’s with distinct pleasure to discover there are some filmmakers out there willing to push back against mainstream, PG-13 appeal with easy answers and optimistic endings providing the razing of a dictator and promise of democracy. I’m not saying Jackrabbit doesn’t also possess that same hope, just that director Carleton Ranney and cowriter Destin Douglas confidently refuse to show that last step knowing it’s more fun for audiences to hypothesis their own ultimate finale. Like great modern science fiction films such as Dark City and the original Matrix, these two seek to open the eyes of their characters and let the chips fall as they may. It’s not about hatching an endgame and working backward to reach that end. It’s about giving their characters the tools to wake up and discover the dream is sometimes better. We become entrenched in a world not so unlike our own from the very first scene. In it we watch Eric (Ryan Dailey) doing all he can to avoid the numerous closed caption devices mounted throughout the city. The camera switches between him on the ground and the low-fi security screens housed at an unknown location with a disembodied voice declaring they’ve “found one.” It’s hardly surprising when he turns up dead directly after he scrawls words on a piece of paper to leave with a small tin box on the doorstep of a friend who is not home. We may not know why quite yet, but we do know he anticipated this result and made moves to put the information he found into the right hands. Enter Simon (Josh Caras) and Max (Ian Christopher Noel).

These two young men are from different periods of Eric’s life. The former was his best friend before Eric was arrested for computer-related crimes and subsequently entrenched with a less savory crowd. The latter was his compatriot and student from that second chapter. Eric opened Max’s eyes to what computers could do in this post-“Reset” existence—the power they wielded for the corporation who saved civilization from darkness (Vopo Technologies) and for themselves to communicate and live outside that control. While Eric must have known Max’s sensibilities were primed to accept whatever he needed to say, he also knew Simon’s expertise (the skills that got him a job at Vopo) would be necessary to retrieve it. So these two worlds collide in order to put the pieces together and understand the truth of Sector VI.

From here comes a suspense-filled journey into dark alleys against a superior force. We learn about the boys’ pasts and motivations—why Max is keen on toppling his oppressors and why Simon seeks to get in line and find success in this new world. And just as clues are uncovered, so too are nameless rebels with codenames and subterfuge either calling from far, far away or winding up dead with government officials knocking on the door to confiscate any and all electronic equipment posthumously. Is Vopo an evil entity or merely a business providing a real service to preserve human life while reaping the financial benefits? What threat really lies beyond check-stop borders and after curfew with state of the union announcements in every home warning of high levels of radiation? Is it worth finding out? Ranney and Douglas drop us into Sector VI with little to go on but the promise of implicit trust in their two leads. It’s by accepting the actions of Simon and Max that we glean information and history about America’s “Reset” and the way light was returned. We never know when exactly that tragedy occurred and we cannot really guess since the filmmakers took pains to ensure the retro devices are devoid of time or place. Nintendo remotes are installed in vehicles, simple Atari videogames are the height of escapist entertainment, and all the world’s best mathematical minds are employed by Vopo to ensure their firewall—and the city’s infrastructure—remains secure. Microchips are buried in sand, hard drives are connected via 25-pin parallel ports, and the operating system of choice is as aesthetically bare as DOS.

And this is all part of the film’s appeal. There are no flashy devices or newfangled gadgets to distract us from the mission at hand. Something is happening—something causing the type of turmoil that leaves a body count in its wake. Many suicides are probably just that, especially in this harsh, manipulated world, but more are surely orchestrated by a force operating outside moral constraints. Solving the mystery becomes about two comparable men from different familial environments who are driven by vastly different motivations regardless of their tools. It’s about friendship going only so far before self-preservation kicks in to give them pause. Caras and Noel are up to this task as they move from skepticism in each other to absolute trust. Sometimes trust isn’t quite enough to supersede ideology.

What results is a story progression not unlike many superhero tales—one where particulars would ruin the expertly timed release of details Ranney and Douglas set in motion. Just know that there’s always more than meets the eye and never a clearly defined good versus evil like so much contemporary work would have us believe. Life isn’t as simple as the Districts going against the Capital in The Hunger Games. It’s more about uncertainty and leaders making decisions they feel are right in a utilitarian way that inevitably creates enemies a la Divergent. Jackrabbit takes things further by showing its familiar world housing secrets just now finding their way to the surface. It’s an origin tale of complex circumstances drawing a line in the sand. It’s up to your personal definition of freedom to choose your side.