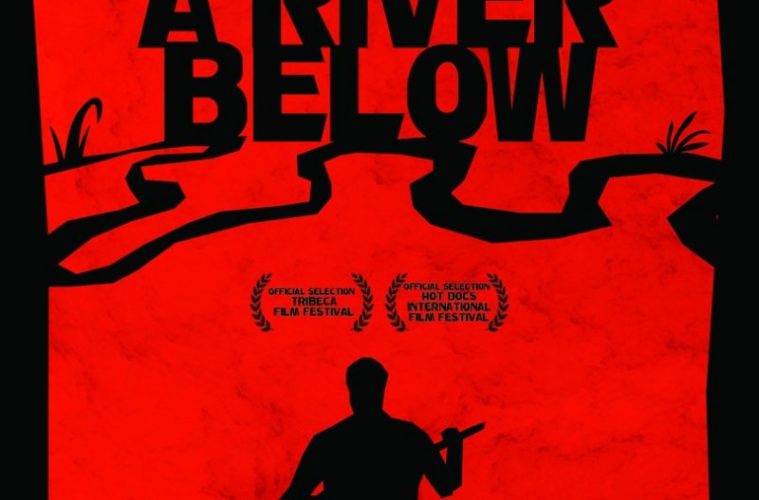 Unintentionally timely, A River Below may be read as a Trump-era document, a tale of environmentalists versus local industry. The film begins deceptively simple as a traditional story of do-gooders and media elites making a difference and spreading the word about an illegal fishing operation which has slaughtered the Amazon’s mythical Pink River Dolphin. Leading the charge is Brazilian reality TV star and biologist Richard Rasmussen and Columbian scientist Dr. Fernando Trujillo.

The ecosystem of commerce in which the dolphin meat is illegally captured and used to bait fish, as well as sanctioned in a cooking show produced by the Columbian government, is explored first. Rasmussen is a charismatic figure: the founder of the Turtle House preserve in Brazil and host of Wild to the Extreme, he’s well known in South America for his work, which is why he become despised when a controversial video of a pregnant dolphin’s slaughter runs on national news program Fantasico and eventually goes viral. While the fall-out leads to a national moratorium on hunting the dolphin and leads to raids, the method of capturing the video remains problematic and partly unknown, with real ramifications for the fisherman involved in the slaughtering and their village.

Director Mark Grieco initially presents Rasmussen as a hero before visiting the village himself, where he finds a group of men that feel deceived by the reality TV show. They were paid by Rasmussen for their work and promised the video would only be shown to the government to stop the practice of poaching. The villagers find themselves without the means to support themselves when a contract is pulled. When confronted by the filmmaker, Rasmussen attempts to justify his actions, launching into a tirade against Grieco for conducting his own investigation — a victory for objectivity in documentary filmmaking.

Rasmussen isn’t presented a villain; quite the contrary as he justifies his actions even as the fisherman hyperbolically wish for his assassination and intimidate this film’s crew. The fishermen are paid a day’s work which Rasmussen denies is “blood money” in a confrontation with the villagers and later in private with Grieco. Trujillo is, shall we say, less flamboyant, yet the danger to his life is perhaps more realistic than the threats made against Rasmussen.

A River Below’s study of the intersection between ecology and politics makes for an especially fascinating view through an American lens as our president has vowed to gut EPA regulations in the name of job creation. The film’s moral argument sets it apart from films like Blackfish — this is more or less an investigation into an investigation. While Rasmussen’s deceptive whistleblowing and the ultimate handling of geopolitics surrounding the Pink River Dolphin is maddening to say the least, viewing preservation though the lens of a media-savvy reality TV star proves advocacy is not always as straightforward as it appears.

A River Below screened at the Tribeca Film Festival and opens on November 3.