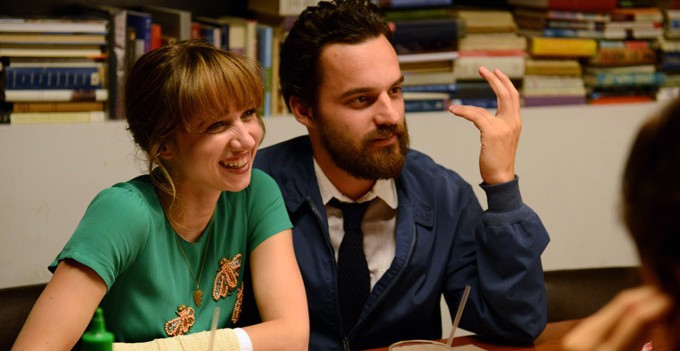 Trailer For ‘The Pretty One’ With Zoe Kazan and Jake Johnson It seems as though 2014 will be the year of the doubles, with Enemy and, yes, The Double, arriving in the first half of a year. Another title that takes a more literal approach to the idea is Jenée LaMarque‘s The Pretty One, which follows twins (Zoe Kazan) torn apart by a tragic accident. The one that lives seems to have her identity slip away, all while falling for Jake Johnson‘s character.

We reviewed it out of Tribeca, saying, “It’s when The Pretty One focuses on Laurel’s identity crisis in the smallest and most intimate of moments that it truly shine. It’s too bad that subplots and clichés hold the film back from being a truly special indictment of the Manic Pixie Dream Girl. Even still, it’s a funny and unpretentious study of identity.” Check out the trailer below for the film also starring Ron Livingston, John Carroll Lynch and Frankie Shaw.

The Pretty One is a coming of age comedy about identity and loss and a wallflower who finally learns how to break out of her shell. In a balancing act of a performance, Zoe Kazan portrays a dueling mixture of loss and awakening as twins Laurel and Audrey, most poignantly as a relationship blooms with her new neighbor (Jake Johnson). As Laurel begins to slip into the life she has always wanted but never thought was possible, she must decide between continuing her life as Audrey and revealing herself as the perfect fraud.

The Pretty One opens on February 7th.