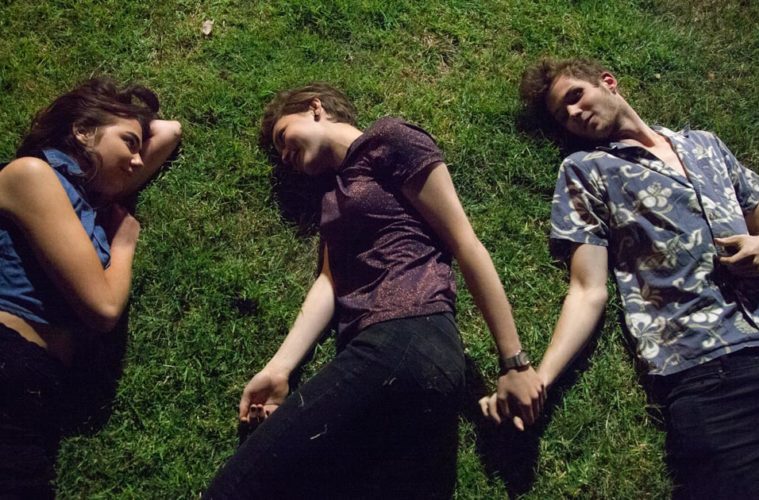 Trailer For Sundance Award Winner ’52 Tuesdays,’ Filmed Over the Course of a Year While Richard Linklater‘s Boyhood was rightfully the talk of Sundance this year with its innovative approach of filming over the course of 12 years, another drama that stopped by the festival also presented a unique form of docudrama storytelling. Sophie Hyde‘s 52 Tuesdays, filmed chronologically on the titular day for an entire year, follows a teenager who must deal with her mother’s transformation into a male, as well as all the rest of the changes one goes through at the age.

Picking up the directing award in World Cinema Dramatic, it looks like a fascinating drama and Kino Lorber will debut it later this year in the United States. In the meantime, we have the first Australian trailer (it’ll release there in May) and a pair of posters below, for the film starring Tilda Cobham-Hervey, Del Herbert-Jane, Imogen Archer, Mario Späte, Beau Williams, and Sam Althuizen.

Sixteen-year-old Billie is blindsided by the news that her mother is planning to transition from female to male and that, during this time, Billie will live at her father’s house. Billie and her mother have always been extremely close, so the two make an agreement they will meet every Tuesday during their year apart. As her mother transitions and becomes less emotionally available, Billie covertly explores her own identity and sexuality with two older schoolmates, testing the limits of her own power, desire, and independence. 52 Tuesdays will be released in the U.S. later this year.