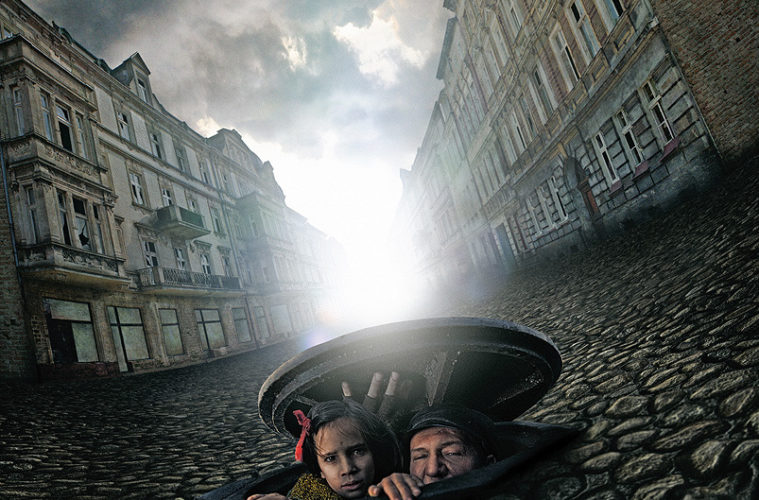 It wouldn’t be Oscar season without a Holocaust drama. We already had Sarah’s Key (review here), but an upcoming one looks to be quite a step above. Playing at Telluride and Toronto to good reviews, Agnieszka Holland’s In Darkness is Poland’s official Oscar entry and it looks to be beautifully shot with a compelling story. One may not have heard of Holland, but the director is behind the Oscar-nominated Europa Europa, as well as episodes of The Wire, The Killing and Treme. NYTimes has the exclusive trailer below, but with no embed yet, you’ll have to click the image to get to the site. From acclaimed director Agnieszka Holland, In Darkness is based on a true story. Leopold Socha, a sewer worker and petty thief in Lvov, a Nazi occupied city in Poland, one day encounters a group of Jews trying to escape the liquidation of the ghetto. He hides them for money in the labyrinth of the town’s sewers beneath the bustling activity of the city above. What starts out as a straightforward and cynical business arrangement turns into something very unexpected, the unlikely alliance between Socha and the Jews as the enterprise seeps deeper into Socha’s conscience. The film is also an extraordinary story of survival as these men, women and children all try to outwit certain death during 14 months of ever increasing and intense danger. In Darkness is in limited theaters now (began Dec. 9th) for a one-week Oscar-qualifying run and then will re-open on January 27th to expand.