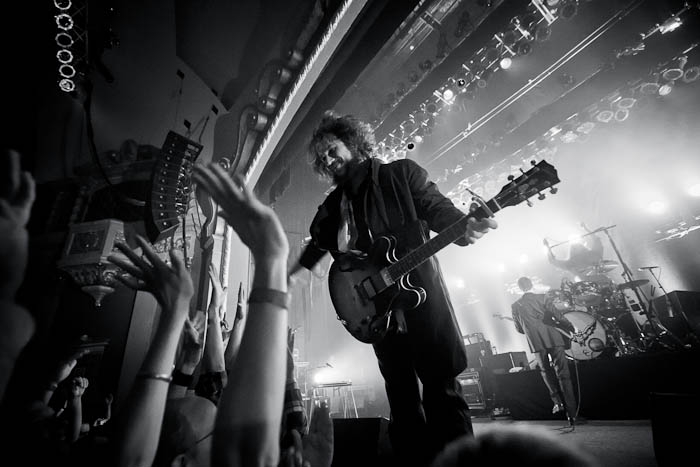 The newly launched Unstaged concert series has been somewhat of a gem for music and film lovers. Kicking off with iconic concert documentarian D.A. Pennebaker and The National, they have since paired Terry Gilliam with Arcade Fire, David Lynch with Duran Duran, and Spike Lee with John Legend and The Roots.

They’ve just announced their next concert in the series, matching up Todd Haynes and My Morning Jacket. Haynes, who has most recently completed the HBO miniseries Mildred Pierce, previously worked with frontman Jim James when he contributed a song to his I’m Not There soundtrack.

NYTimes reports the news and you can check out a interview with Haynes on their site. See an intro video for the concert and more details below. After seeing My Morning Jacket live last summer, I’m looking forward to how Haynes captures their concert experience.

Todd Haynes‘ My Morning Jacket concert will take place at Louisville Palace Theater, in their hometown of Kentucky on May 31st. This is the same date their new album, Circuital, will be released. The concert begins at 9PM EST and you can tune in here.

Are you a MMJ fan? Excited to see Haynes direct their concert?