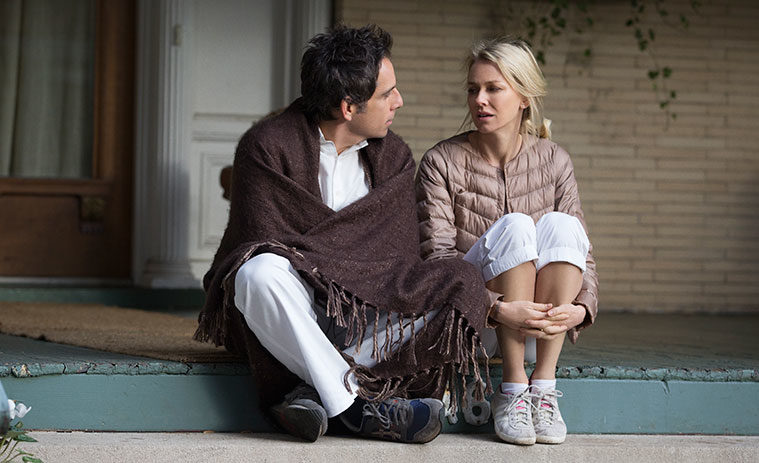 Noah Baumbach’s While We’re Young is wise, funny, fiercely intelligent and always involving. It’s not just the director’s most complete film — it’s also his best, an even stronger, more ambitious creation than his last Toronto International Film Festival entry, Frances Ha. Here, aided by his most impressive cast to date — Ben Stiller, Naomi Watts, Adam Driver, Amanda Seyfried, Charles Grodin, and Adam “Ad Rock” Horowitz (!) — Baumbach has pulled off something truly impressive. He has made a heartfelt comedy that is as humorous as it is emotionally relatable.

Stiller and Watts play Josh and Cornelia, forty-somethings facing a critical moments in their lives, and their marriage. Their best friends have recently had a time-guzzling baby. As a documentary filmmaker, Josh’s latest work is still unfinished, after eight years. And he and Cornelia are unsure what their next step should be — baby? trip to Europe? Answers arrive in the form of an offbeat, life-loving, seemingly adoring young couple, Jamie (Driver ) and Darby (Seyfried). Jamie and Darby represent the infinite possibilities and wild optimism of youth, and Josh, especially, is quickly smitten. Jamie knows Josh’s obscure work, and is not just respectful, but adoring. Soon, Josh and Cornelia, have been completely won over. Cornelia attends hip-hop class with Darby, Josh buys a silly hat, and eventually, Josh and Cornelia even partake in an ayahuasca ceremony. Several of these sequences, including the vomit-drenched ayahuasca sequence, rank among the most physically comical of Baumbach’s career.

Make no mistake, above all else While We’re Young is a comedy, and a very good one. Baumbach finds a nice balance between the funnier side of films like Frances Ha and Kicking and Screaming and the more emotionally driven elements of The Squid and the Whale and Margot at the Wedding. But even amidst some of the biggest laughs of his career, Baumbach is able to successfully head to darker places. Josh begins to assist Jamie in his film, and watches, a bit unsettled, as it moves along at startling speed. Jamie does not dither in the editing room or over-ponder. He gets to it, with a seed and verve that Josh cannot help but envy.

Jamie soon seems poised for the success that has always eluded his older friend, even befriending Josh’s father-in-law, a deadpan documentarian nicely played by Grodin. The more Josh’s life collapses around him, and the closer he looks at Jamie’s, the more he beings to feel that his new friend is not all he seems. The film takes on an interestingly dark tone, here, culminating in the kind of public embarrassment Baumbach excels at. (Think of Frances at that disastrous dinner party or, well, all of The Squid and the Whale.)

As the film’s final section makes clear, it is, then, a film about coming to terms with aging, learning how to adapt to changing times, and feeling not threatened by youth, but inspired by it. While We’re Young ends on a note of real character growth, and earned emotional development. It is here, especially, that the film’s level of maturity and its skill at observing the realities of adulthood are most impressive. Admittedly, much of this is thanks to the performances, especially those of Stiller and Watts. In many ways, Josh is the anti-Greenberg, likable where the latter character was (wonderfully) off-putting, delivering one of the actor’s best performances. Watts is just as winning as Cornelia, who finds herself in the unenviable position of watching her husband grow increasingly exasperated at the rise of young Jamie. Driver may have the most difficult role in the film, as Jamie is simultaneously lovable and obnoxious. He creates one of recent cinema’s more endearing social climbers, a hipster adept at using everything around him to further his own life and career. Jamie could have come across as a slithering jerk, but Driver is far too talented to allow to happen. Seyfried is very good as Darby, and Beastie Boy Horowitz has some of the film’s best lines as a stay-at-home dad. (I imagine almost every audience member, from young parents to college kids, will find someone onscreen to relate to. For me, it was Ad Rock.)

More than any other feature Baumbach has directed, While We’re Young is a film with something to say. And it does, with sharp humor. That is no easy feat, and it means that a great filmmaker is becoming even greater. While there are shades of other films and other directors (Woody Allen is the most obvious), the universe and characters feel original. From the soundtrack (which includes Bowie’s “Golden Years” and McCartney’s “1985”) to the acting, it’s a complete success. With his most accomplished feature yet, Baumbach has cemented his status as one of his generation’s most consistent directors.

While We’re Young premiered at TIFF. See our complete coverage below.