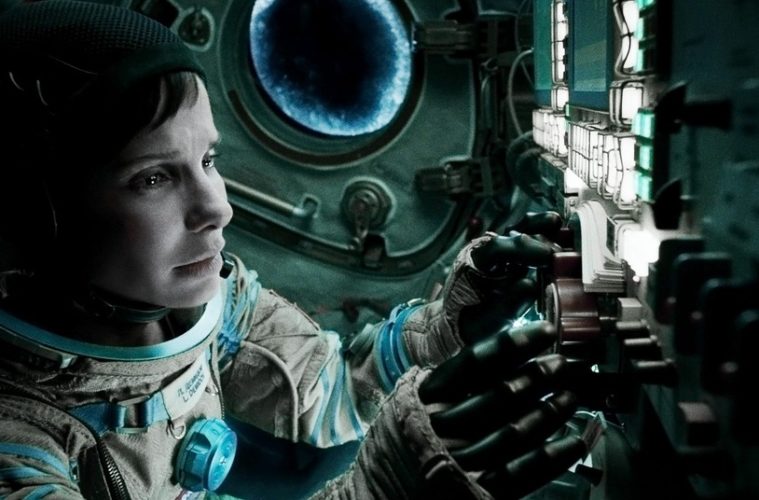 By the end of next week we’ll be kicking off our Toronto International Film Festival coverage, but to gear up for the event we’ve got some more updates from a few of our most-anticipated films. First up, the one that will be hitting theaters the soonest is Alfonso Cuaron‘s Gravity and today, WB has unveiled the first two TV spots for the film starring Sandra Bullock and George Clooney. They don’t add much new footage compared to the past trailers, but the second spot amps up the tension with John Murphy‘s Knock-Knock Cottage Attack from 28 Weeks Later. Update: It looks like the second spot is actually fan-made, so proceed with caution.

We’ve also got the first clip of  Mia Wasikowska getting ready for her adventure across the desert in the Australian picture Tracks, coming from The Painted Veil director John Curran. The film follows the Stoker star as Robyn Davidson, who traveled more than 1,678 miles through the desert from Alice Springs, in the center of Oz, to the west coast in 1977. Lastly, we have the first poster for Night Moves, the new eco-terrorist drama by Kelly Reichardt (Meek’s Cutoff, Old Joy) starring Jesse Eisenberg, Alia Shawkat, Peter Sarsgaard and Dakota Fanning. Check out everything below. TIFF kicks off on September 5th.