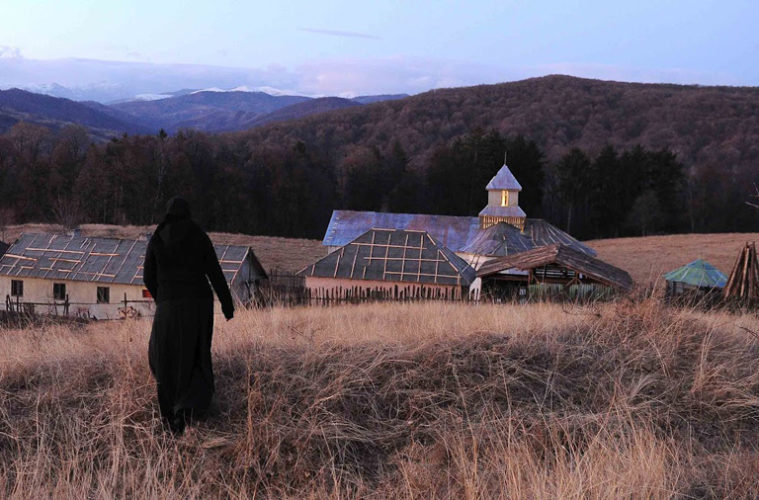 Theatrical Trailer For ‘Beyond the Hills,’ From Palme d’Or Winner Cristian Mungiu Premiering at the Cannes Film Festival in 2007, Cristian Mungiu‘s harrowing drama 4 Months, 3 Weeks and 2 Days went on to take the top Palme d’Or prize and then, with high expectations, the director finally returned five years later for his follow-up, the religious drama Beyond the Hills. Unfortunately, based on our take from the festival, we were disappointed in the outcome, as we said, “despite promising approach to a controversial issue, the film is a chore to sit through, reminiscent of a child bored in Sunday school.” As one can see in this recently debuted theatrical trailer, the response was indeed divided, with other critics throwing out the word “masterpiece.” One can judge for themselves when the film hits theaters next month and in the meantime, see the trailer and poster below. Alina returns to Romania from Germany, hoping to bring Voichita—the only person in the world she loves and was loved by—back to her. But Voichita has found God—and God is a hard lover to be jealous of. Alina wishes to take Voichita away from her remote monastery and back to Germany, but as it comes time to leave, Voichita doesn’t seem ready to go. Alina decides to stick around to convince her friend, a small decision that will spiral into dark and disturbing places. The newest film from Palme d’Or winner Cristian Mungiu (4 Months, 3 Weeks and 2 Days), Beyond the Hills was inspired by an alleged case of demonic possession in Romania in 2005. With the same unflinching view of his homeland that was on display in his last feature, in Beyond the Hills, Mungiu cements his place as one of the most challenging and vital filmmakers in the world.

Beyond the Hills opens on March 8th.