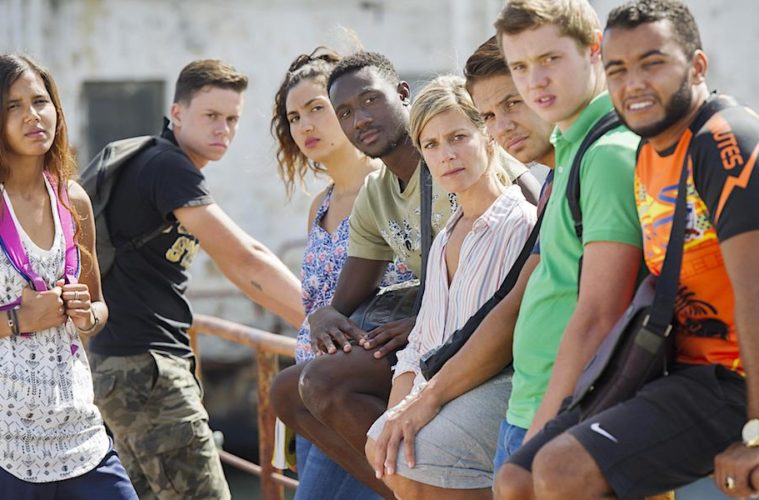 Cannes Review: ‘The Workshop’ is an Intense Return to Form for Laurent Cantet

Laurent Cantet has been a bit absent in the international cinema scene ever since winning the Palme d’Or for 2008’s The Class. It’s not for a lack of trying, of course. He’s released two feature since then (Foxfire and Return to Ithaca), but they just didn’t catch on the way his best movies (Time Out, Human Resources) have in the past. He’s now back at Cannes in the Un Certain Regard section with The Workshop, (L’Atelier), which has Cantet’s gift of mixing social relevance through wordy dialogue with nail-biting tension, and is as relevant as anything playing at the festival. The tension takes time to build, but when it finally explodes, it brings a whiplash one never sees coming. Its characters, all high school students off for the summer, attend a workshop for fictional writing headed by well-known French novelist Olivia (Marina Foïs). The multiculturalism is, like all of France, very present in the group — there’s Arabic, African, Spanish among many others represented within the dozen or so students attending the workshop — but the main character is Antoine (Matthieu Lucci), a white-nationsalist-minded teenager that, in his free time, watches right-wing videos about guns and France’s lost cultural identity. This politically minded ideology is influenced by the group of friends Antoine hangs with. In a rather eye-opening sequence, they spend their Saturday evening playing around with an unlicensed handgun in the woods.

Antoine’s cultural backlash ends up bleeding through the workshop conversations he has with other students in scenes potently filmed by ace cinematographer Pierre Milon, whose hand-held camera shows a keen interest in nabbing a documentary-style for dialogues. To retort arguments, Antoine doesn’t shy away from, jokingly or not, accusing a Middle Eastern student of being an ISIS supporter. He does it more than once that summer, which, of course, concerns Olivia, who starts to pay special interest to Antoine. The concerns she has about him translate to her looking at his Facebook page and those of friends on his feed. The videos posted and messages written only alarm her even more; the next day, she asks Antoine if he could help her for “research” on a novel she’s writing that has to do with a boy his age. She has other plans that don’t involve research: she wants to know if he’s been radicalized and if he poses an immediate threat to herself and the students.

Nothing else should be said about Cantet’s simple yet profoundly vital film, but a final act that veers more into genre territory than expected does provide the tension of a white-knuckled thriller. Before that, Cantet films the scenes of workshop debate with a keen eye for political and societal fervor. There’s something bracingly alive about the next generation of French young adults talking about their own identity and where it fits in their own country. Consider this a State of the Union address for Cantet: he’s drunk on his own words here and we’re glad he’s back.

The Workshop premiered at the Cannes Film Festival and opens on March 23. See our coverage below.