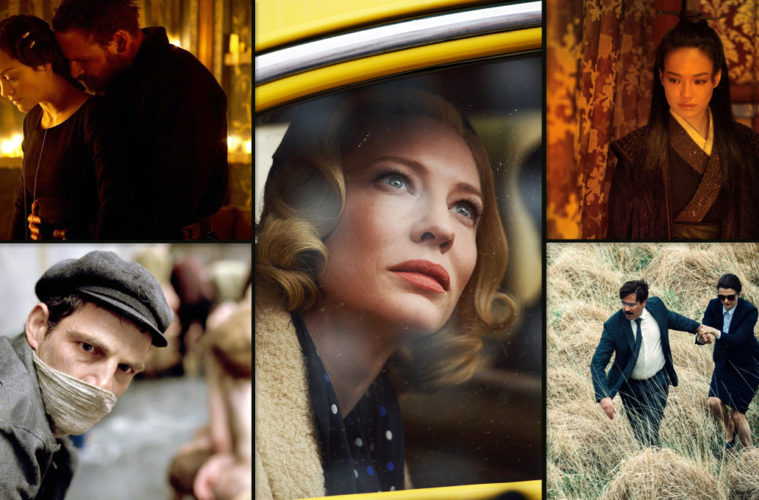 After nearly two weeks of viewing some of the best cinema will have to offer this year, the 68th Cannes Film Festival has concluded. With Jacques Audiard‘s Dheepan taking the top jury prize of Palme d’Or (full list of winners here), we’ve set out to wrap up our experience with our 10 favorite films from the festival, which extends to the Un Certain Regard and Directors’ Fortnight side bars.

It should be noted that Mad Max: Fury Road and Inside Out, which both screened out of competition, were among some of our favorites of the festival, but considering they’ll be getting enough attention thanks to their marketing campaigns and wide release, we’ve elected to give room to other titles. Check out our top 10 films below, followed by the rest of the reviews and all of our features. One can also return in the coming months as we learn of hopeful distribution news for all of the mentioned films. Miguel Gomes’ Our Beloved Month of August and its ecstatically received follow-up Tabu showcased the director’s love of storytelling as a means of contemplating reality. In these films, by whimsically intermingling and reinventing cinematic traditions as well as throwing in an abundance of personal innovations, Gomes wove tales that reflected on defining aspects of Portuguese culture with irresistible idiosyncrasy. The six-hour triptych Arabian Nights continues in the same vein, though with far greater ambition. Fascinating even in its misfires, this sprawling and fantastical document of the country’s plight in the wake of the global financial crisis confirms Gomes as one of the most exhilaratingly inventive filmmakers working today. – Giovanni C. (full review)

The Cannes Film Festival represents the pantheon of arthouse cinema, so it does raise eyebrows when a wuxia movie is included in its official selection. After all, this is a genre known for superhuman speed and loud, physical forms of expression, stuff that fantasies are made of but not exactly traits one associates with fine arts. That’s until Taiwanese maestro Hou Hsiao-Hsien came along to deliver his version of kung fu. The resulting The Assassin (translated from Nie Yinniang) turns out to be the quietest, most introspective and deliberately-paced film in competition, a feat so rare and radical it casually revolutionized decades of filmmaking tradition. – Zhuo-Ning S. (full review)

To be an actress and land a leading role in a Todd Haynes film must be a dream come true. With Safe, Far From Heaven, and his five-part miniseries Mildred Pierce, Haynes has proven himself to be one of the very few male directors not only interested in but capable of endowing women protagonists with genuine and far-reaching complexity. In doing so, the performances he’s drawn from his actresses – Julianne Moore in the first two titles and Kate Winslet in the lattermost – have been amongst the very finest of their careers. These virtues are again masterfully exhibited in Carol, his sublime adaptation of Patricia Highsmith’s 1952 novel The Price of Salt. – Giovanni M.C. (full review)

The Chosen Ones (David Pablos)

It is difficult to equitably handle and deal with particular subject matter in a film without feeling exploitative. Yet David Pablos has managed to walk this fine line with his new film The Chosen Ones, which sensitively deals with the issue of forced-prostitution and sexual slavery. The drama follows a young boy Ulises (Oscar Torres) who is from a family whose patriarch is heavily involved in human trafficking. His father and older brother both lure women into prostitution by seducing them and then threatening their families and loved ones if they don’t agree to “work” for them. Ulises’ first victim is a 14-year-old girl named Sofia (Nancy Talamantes) but he is still relatively innocent and thus, when it is too late, he attempts to help Sofia. His father offers him a proposition that if he can find another girl to replace Sofia with he will let her go. – Raphael D. (full review)

Until losing its cool in the third act and ending on a relatively soft note, French veteran Jacques Audiard‘s Dheepan is a muscularly directed dramatic thriller about the difficulties of starting over and the inevitability of violence. Clear-eyed, tightly wound, and cinematically and psychologically immersive, it’s a furious ride of a movie that actually has something to say.- Zhuo-Ning S. (full review) Justin Kurzel’s phenomenal debut, Snowtown, portrayed the most notorious serial killings in Australian history, the Snowtown Murders. Though nigh traumatizing in its graphic depictions of extreme brutality, the film’s investigation into the psychology of its characters – the charismatic psychopath John Bunting and the maladjusted teenager James Vlassakis who finds refuge in Bunting’s murderous group – achieved a highly effective appraisal of the dynamics of corruption that can abet violence. Consequently, it’s not surprising that in adapting a Shakespeare play as his second feature Kurzel chose Macbeth. The director approaches the classic tale of murder and moral decline with the same level of visceral stylization that distinguished his debut, pulling off perhaps the fiercest cinematic translation of Shakespeare to date. – Giovanni M.C. (full review) László Nemes‘ prodigious debut feature, Son of Saul, inhabits what Primo Levi called “The Gray Zone” in his essay of the same name: the reality of the Sonderkommando, concentration camp inmates who bought themselves improved chances of survival by operating the Nazis’ crematoria. In discussing these inmates’ choice, Levi warns the reader against casting judgment – this caution is addressed not only to those who never experienced the horror of the camps, but also to those who survived it. Levi argues that for the victims, the Holocaust had its own exceptional set of rules that applied differently to every individual. Consequently, the vital endeavor to understand genocide cannot discredit the experience of those who made such decisions within that system. Nemes, whether directly or not, took Levi’s advice to heart. By approaching his material through a purely experiential style that purposely eschews psychology, he has crafted a towering landmark for filmic fictionalizations of the Holocaust. – Giovanni M.C. (full review)

The Sea of Trees (D)

Gaspar Noé and Cast Discuss Making Love, the Use of 3D, and More at Cannes

Hou Hsiao-hsien Discusses the Authenticity and Beauty of The Assassin

Thanks for reading! See our complete coverage below, including trailers, clips, news, and more and the closing press conference above.