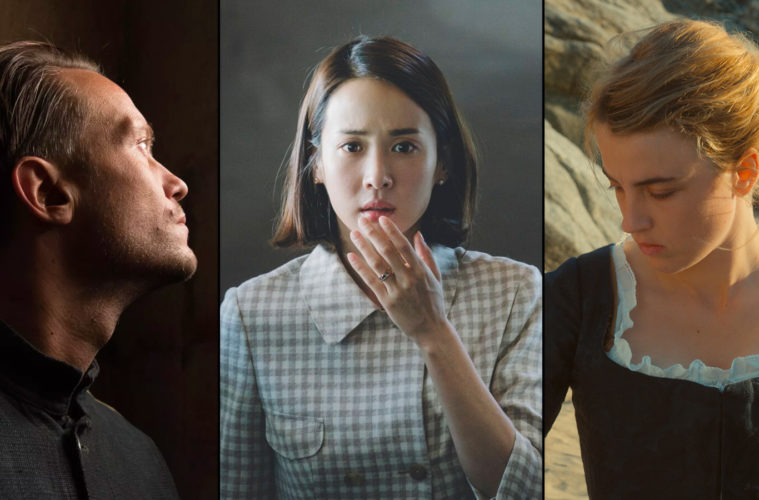 The Best Films of the 2019 Cannes Film Festival

After nearly two weeks of viewing some of the best that cinema will have to offer this year, the 72nd Cannes Film Festival has concluded. With Bong Joon-ho’s Parasite taking the top jury prize of Palme d’Or (full list of winners here), we’ve set out to wrap up our favorite films from the festival. Check out favorites from Rory O’Connor, Ed Frankl, Leonardo Goi, and Giovanni Marchini Camia below (with a few more reviews to come), followed by the rest of their coverage. One can also return in the coming months as we learn of distribution news and more related to this year’s slate.

When Austrian farmer Franz Jägerstätter (August Diehl) glances skyward and calls for God to show him a sign, to guide him, what does he hear? The rumbling of a thunderstorm hovering atop the Alps surrounding his bucolic hometown of St Radegund; the sound of the wind caressing the wheat fields around the village; the voice of his wife Fani (Valerie Pachner) and their three little girls. And then, once World War II breaks out and jettisons him in a dim-light world of military prisons and court tribunals, it’s the sound of broken limbs and bodies thudding on floors; the echo of air raid sirens; the loud bang of gunshots. In a body of work infused with the question of faith, mankind’s distance and proximity to God has never felt as pressing a concern as it does in A Hidden Life, a period piece homing in on the real-life story of a man who refused to enlist for the Nazis, and paid the ultimate price for his defiance. – Rory O. (full review)

Pedro Almodóvar, the punk chronicler of post-Francoist Spain, turns inwards for his 21st feature Pain and Glory, which arrives in competition at Cannes as a summation of his storied career, a quasi-self-portrait of an artist as an older man. Even for Almodóvar, this is an especially personal work, anchored by the director’s on-off muse Antonio Banderas in perhaps his greatest performance and sweeps through the Spanish maestro’s recurrent themes: high melodrama and kitsch comedy, piety and carnal lust, sex and death, human pain and transcendent glory. – Ed F. (full review)

Basements are a recurring motif in the cinema of Bong Joon-ho. From the tunnels running below the apartment building of Barking Dogs Never Bite (2000), to the torture chambers in Memories of Murder (2003) and Okja (2017), to the monster’s lair in The Host (2006), these underground spaces are where society keeps its most sordid secrets locked up and out of sight, only to have them resurface with a vengeance. Bong greatly expands the subterranean metaphor in Parasite, which looks at the culture of underground living in Seoul–a literal lower class forced by economic necessity to live in basements or semi-basements–to deliver a withering assessment of the social stratification in his native South Korea. – Giovanni M.C. (full review)

Portrait of a Lady on Fire (Céline Sciamma)

Héloïse bursts into the frame with her shoulders to the camera. She wears a long dress; it billows gently as she walks outside her house in 18th century Brittany and then flaps furiously as the walk turns into a run, her gracious figure thrust toward the cliffs and the ocean rumbling below–until the run stops, and in the time that lasts a hairsbreadth she turns her head back to the camera, smiles. It is the first time the luminous face of Adéle Haenel graces the screen in Céline Sciamma’s devastatingly beautiful Portrait of a Lady on Fire. And in a movie in which turning your head to look back acquires accrues a deeper, tragic meaning, it is a character-defining scene that thrums with the same spell-binding beauty of Denis Lavant’s last dance in Claire Denis’ Beau Travail. – Leonardo G. (full review)

Sorry We Missed You (Ken Loach)

Ken Loach’s follow-up to his Palme d’Or-winning I, Daniel Blake is a masterful indictment of the strain of out-of-control capitalism that has dug its heels into post-crash industrialized nations. Sorry We Missed You is, simply, one of his best films that links the personal and the political. – Ed F. (full review)