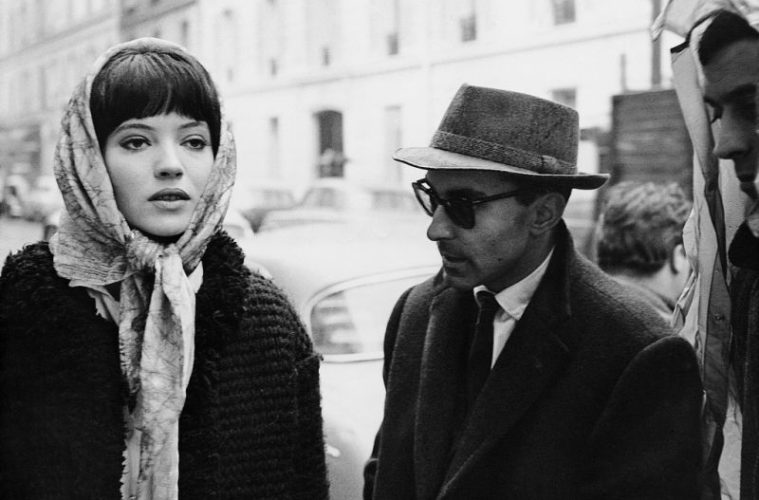 Anna Karina and Jean-Luc Godard on the set of Vivre sa vie.

Watch the 25 most influential documentaries of all-time.

Watch an hour-long conversation with David Lynch from 2012. [Larry Wright]

Alfred Hitchcock arrives at Cannes in 1972. Watch the 52-minute documentary On the Edge of Blade Runner. [LoSceicco1976]

Buster Keaton on the set of The Cameraman. Watch a documentary on the making of Werner Herzog‘s Nosferatu the Vampyre and posters for the BFI restoration. [The Seventh Art] Akira Kurosawa with actor Tatsuya Nakadai in make-up for Sanjuro. Stroboscopic multiple exposure of Teresa Wright, Joseph Cotten, and Alfred Hitchcock for Shadow of a Doubt. A series of photos of Andrei Tarkovsky at work. David Lean on the set of Lawrence of Arabia. Watch Steven Spielberg discuss his career in an 88-minute special from 2007. [LoSceicco1976]

Watch the trailer for the upcoming remastered edition of F.W. Murnau’s Nosferatu. [The Dissolve]

Andrei and his father, Arseny Tarkovsky in Moscow in 1947. Watch the feature-length documentary The Spaghetti West, a visual history of Italian western cinema in the 60s and 70s. [‏LoSceicco1976]

Ingmar Bergman on the set of Smiles of a Summer Night. Cary Grant and Priscilla Lane on the set of Arsenic and Old Lace.