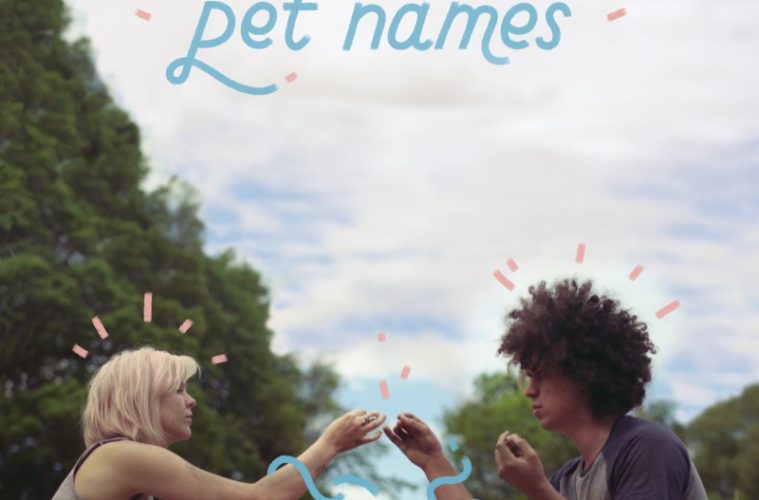 Opening with a whimsical shot of Leigh (lead actress and screenwriter Meredith Johnston) wandering around an empty small-town landscape past a carnival winding down for the evening, Pet Names, directed by Carol Brandt, is a minor triumph of self-discovery even if it falls prey to a few of the usual tropes. The quirk of its lead masks a deeper pain and the film effectively delivers nuanced emotional blows between laughs and a story about the fine art of hanging out with an old friend. In her best life, Leigh, upon first glance, may be the strong-willed manic pixie dream girl, offering quirky observations like “guacamole isn’t a condiment,” finding joy in her ex-boyfriend’s pug after which they collaborate on the worst love song possible. These moments pass in a film that offers a profound depth under the usual banter and tension.

Johnson is a captivating presence with a natural charm, rooted in the cynicism of its protagonist Leigh, a blonde hipser with pink highlighted-hair who is taking time off from life to care for her dying mother, Laurie (Stacy Parish). After making the rounds to various parties, encountering familiar faces of the past, Leigh is confronted by Cam (Rene Cruz), an ex-boyfriend who lives in a kind of suspended state, asking Leigh to throw him a few bucks for some weed. They reconnect on a camping trip, initially trying things as friends, offering her services as a wing man before decided it’s a hopeless cause. Creating space for both characters to live and breathe, Brandt’s sparse direction and Johnston’s bleak script transcends the typical relationship drama infused with realistic baggage. Leigh notes end-of-life care is like “watching someone rot above ground” in the film’s most tender passage as she contemplates her own mortality.

Shot in carefully composed 16:9 aspect ratio, it’s beautifully lensed by Dana Shihadah, making use of available lighting and minimal locations.  The overall effect is somewhere between the standard issue DSLR-in-the-woods SXSW self-discovery drama and the best of mumblecore, with notes of Mike Leigh and Kelly Reichardt. The relationship and insecurity isn’t the specter that haunts the present; Leigh’s emotional abandonment is quite real.

Pet Names contains no grand death scenes and swell chords; instead it’s a real, earnest drama about what social workers may call “pre-grieving” and in particular, the state one enters when preparing for the death of a loved one. Time stands still and despite a desire to connect and keep social ties, the process involves reflection and a lot of hurrying up and waiting. Pet Names gets the emotional beats right even if it has a lot in common with lessor relationship dramas with lower stakes.