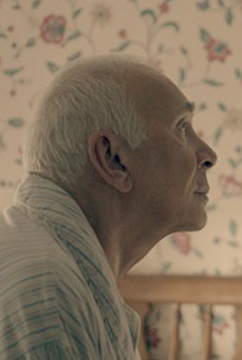 Offering little more than the novelty of a simply-designed robot next to actor Frank Langella, the high-concept, small sci-fi Robot and Frank never quite commits to the world it’s trying to create. At its opening, we’re told that this is Cold Spring, New York in the “near future.” An uneven future that doesn’t make much sense it turns out. A world where there are high-functioning robots but the same model cars. Or a robot that can seemingly do anything (almost nearly all off-screen, of course), hits a roadblock when breaking into a house.

When it comes to these low-budget, high-concept projects, if the logistics of the world-building fail, then there is little left to care about. Nitpicks such as these being glaring inconsistencies as they build on top of each-other. Completely dependent on Langella’s inherent charisma, neither the script or the supporting actors give him much to work with. The robot is voiced by one Peter Saarsgard, who sounds as bored as the audience throughout. A heist plot is tried at and botched in the middle of the film, deflating an already flat dramedy. Add in a groan-inducing semi-twist that has little bearing on the plot, and this by-the-numbers indie drama is a repetitive bore, only slightly redeemed by director Jake Schreier‘s knack for composition. Check our thoughts on the film below in video form.