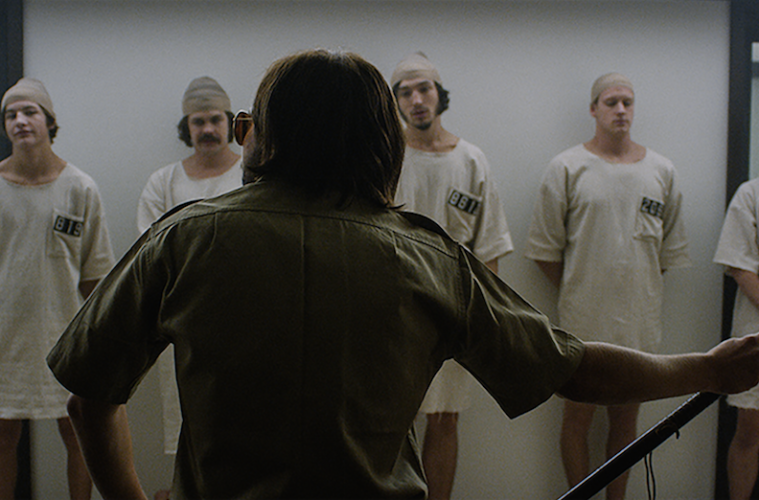 In August of 1971, Dr. Philip Zimbardo conducted an experiment at Stanford University, in which 24 male students took on the role of either prison guard or prisoner in a simulated “prison” built in the halls of the university. Six days later, the whole thing was shut down.

As written by Tim Talbott and directed by Kyle Patrick Alvarez, The Stanford Prison Experiment is a straightforward breakdown of those six harrowing days. Little is sugar-coated here and it’s a smart move, the filmmakers confident in the natural tension the true story creates. Billy Crudup plays Zimbardo and does good work as a pioneer-of-sorts quickly spiraling out of control. Though at times a bit too villainous (blame some of that on ridiculous period facial hair), the veteran character actor carries the weight of his actions relatively well.

Ezra Miller stands out as one of the students playing prisoner, a rebellious sort out to make a joke of the proceedings. On the other side is Michael Angarano playing guard, introduced as a laid back kid who gets quickly swept up in the allure of authority, going so far as to an affect a bad sheriff accent. For a while, these two represent the extremes of each side of the experiment. One becomes more and more the aggressor while the other curls into a victim, as their appointed roles so dictate.

There are plenty of strong performances from the student participants, including Tye Sheridan in a complex turn. Olivia Thirlby is underwritten as Zimbardo’s former student/current girlfriend who recognizes his obsession, while James Polk and Gaius Charles put in good work as members of Zimbardo’s team. As lensed by Jas Shelton, the frame stays close to the subjects, racking focus on the pores of their faces. It’s an aesthetic that helps keep tension high in spats.

Unfortunately, the film becomes a bit repetitive past the hour mark, building to a finale that feels more inevitable than anything else. Add to this a woefully miscalculated epilogue, in which some of the actors, still in character as though in archival footage, discuss the various themes of the film to ensure everybody got what happened. It plays condescending and lacking in the confidence of what we’ve just seen. The film then ends with closing text that praises Dr. Zimbardo for his pioneering contributions to social science, an opinion that completely contradicts Crudup’s portrayal of the doctor as brutal, unprepared and possessed.

It’s these final moments that ultimately let enough air out of the proverbial balloon, resulting in an unsatisfying experience.

The Standford Prison Experiment premiered at the Sundance Film Festival and will be released on July 17th.