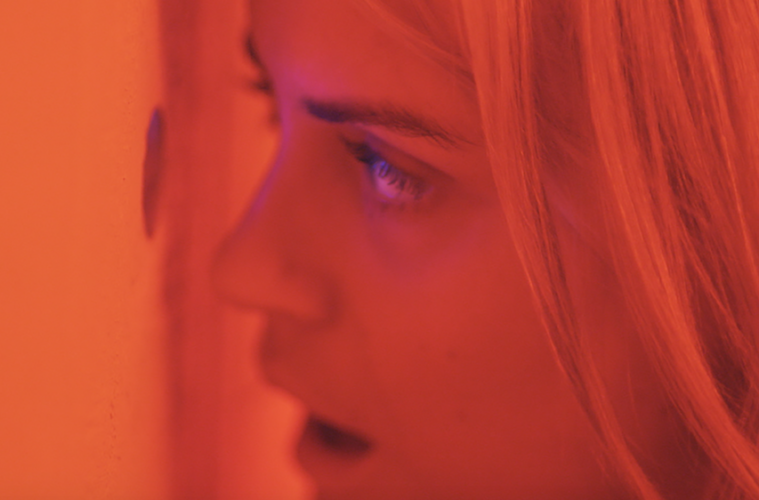 Things get weird, and then some, in Patrick Brice‘s engaging and bizarre new comedy The Overnight. As with the majority of Duplass-produced features, we follow a couple (Adam Scott and Taylor Schilling) past their honeymoon phase, but before a level of veritable maturity. Having recently moved from Seattle to Los Angeles with their sole child, they are looking to make friends, which they end up finding at a local playground. Arriving with an over-confident presence is Kurt (Jason Schwartzman), a man of mystery and random knowledge who immediately attracts (or rather, effectively coerces) the couple to come to their house for a night of pizza so their children can bond.

Since we only have 80 minutes, things get right down to business as Alex (Scott) and Emily (Schilling) arrive at the lavish mansion of their new friends with a cheap $2 bottle of wine. Quickly discarding the label before meeting Kurt’s wife Charlotte (Judith Godreche), Alex pretends the wine was acquired from a high-end organic farm owned by his friends, and so begins a night of misreadings, sexual healing, penis comparisons, handjobs, breast pump DVDs, butthole paintings, and much more. While Brice, who last directed the thriller Creep, undeniably luxuriates in the filthy, there’s a grounded human element to the proceedings. As evidenced by the opening scene, Alex and Emily are no longer finding much mutual pleasure in the bedroom, so when the opportunity comes along to either deal with the issues or “expand” their horizons, they may very well take it. As the evening goes on, the event turns into a sleepover of sorts, minus the shuteye, as Kurt continually entices their new friends with increasingly strange offerings. While the eccentric pair often feel a touch removed from reality, the deeper the night progress, we learn the couples are more similar than they’d like to admit.

Much of the fun is to see just how far Brice will up the ante and instead of a Cheap Thrills-esque situation each new encounter may get weirder, but it also provides insight and into Alex and Emily’s relationship issues. Considering their easy ability to be swayed, Schwartzman’s character hilariously impresses them with the most peculiar of accomplishments. To spoil some of the chemistry and, let’s say, “proportions” found between Scott and Schwartzman would spoil the unabashedly awkward comedy, but the pair flawlessly click together.

Told on an small scale mostly in one house, The Overnight is an entertainingly swift watch, with more or less a single book-ended punch line and a substantial deal of offbeat humor in the middle. Outside a very specific sequence, it’s hard to imagine the experience staying with one for much longer than its duration, but Brice is able to engineer enough endearing fondness in his characters that no matter how preposterous the night gets, we’re rooting for the quartet to solve their individual insecurities.