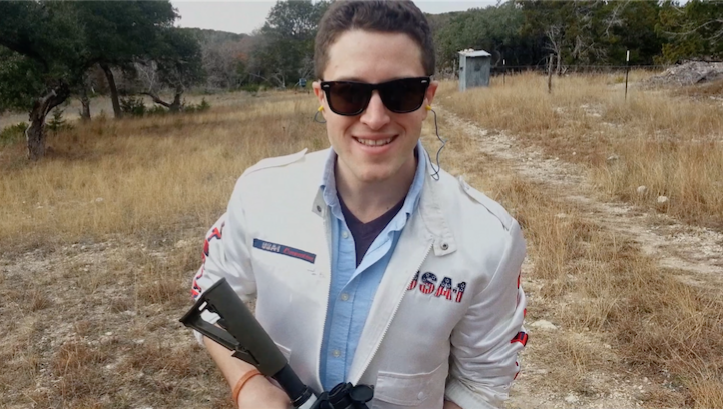 Sundance Review: ‘The New Radical’ is an Illuminating, Foreboding Documentary

The New Radical is yet another timely, foreboding Sundance documentary with a fast-moving story that will surely benefit from a sequel. Directed with the energy of a Hollywood conspiracy thriller by Adam Bhala Lough, it tells the tale of Cody Wilson and friends. Famous for his YouTube channel Distributed Defense, Wilson cracked the formula for building a 3D-printed gun. Taking the second amendment to its extreme, even the NRA declines to offer support or even a formal comment on Wilson’s 3D-printed serial number-free Liberator Gun.

Following Wilson, once a law student at University of Texas at Austin and staunch libertarian, over the course of several years as 3D printing technology evolves, The New Radical offers a cinematic look at the kind of decentralized on-demand production that scares governments around the world. After cracking distributed defense, Wilson and British Iranian programmer Amir Taaki turn to crypto-currency, forming Darkwallet, marketed as an ultimate secure tool for staying under the radar, at least according to their Indie GoGo campaign video. Take libertarianism to its extreme and after Silk Road, an online market place for everything from drugs to contract killers, you get Taaki and Wilson’s venture.

The New Radical proves to be as divisive as Wilson by simply presenting the facts in a straightforward way, following the story free of commentary. It frames Wilson as neither the hero or a villain as he expresses concerns about government reach and police violence while proving he is willing to go bankrupted for his ideals. His 3D printing shop becomes subject to processing restrictions and he finds himself as yet another small business killed by regulations. Yet he’s not quick to embrace Donald Trump, citing his presidency is a fitting punishment for a country hung up on celebrity verses substance.

Director Adam Bhala Lough offers very little subjectiveness, allowing the viewers to make up their own mind: is Cody Wilson a dangerous radical out to overthrow the government or a staunch defender of the constitution? Given the NRA’s lack of response, perhaps inspired by self-preservation of gun makers who should fear free IP and 3D printing, it’s exactly these kinds of systems Wilson seems hell bent on destroying and liberating. The New Radical is one of the more illuminating and scary documentaries of recent memory as it takes the time to make rational and disturbing arguments free from commentary. Using a chapter framework and smartly telling Wilson and Taaki’s story in chronological order from the development of products to geopolitical events that force themselves into the conversation, including Wikileaks and Edward Snowden, the film is a stunning reminder of where we are and can only hint at where we may be heading.

The New Radical premiered at the Sundance Film Festival and opens on December 1.