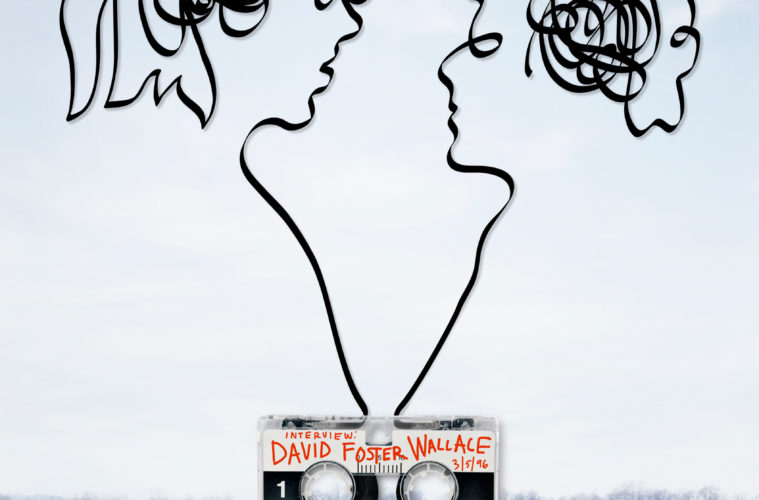 [Sundance Review] The End of the Tour

The last two trips director James Ponsoldt made to Sundance it was with two excellent dramas: Smashed and The Spectacular Now. This year, Ponsoldt returns with the often moving and consistently funny The End of the Tour. While the director’s latest may not be on par with his past two efforts, that’s not much of a problem considering the level of quality he achieves here.

The End of the Tour follows a failed author, David Lipsky (Jesse Eisenberg), interviewing one of the most talked-about writers of the moment, David Foster Wallace (Jason Segel), for Rolling Stone magazine in 1996. Lipsky spends time with Wallace on the final days of his book tour for Infinite Jest. For the most part, the two get off to a good start, in spite of Wallace hoping to maintain his privacy. Things get bumpy when Lipsky starts to wonder: how can someone so brilliant be so normal? Wallace is a guy who eats burgers at McDonalds, teaches at a college, and, despite his success, struggles with depression and everyday problems. Their time together ultimately becomes more than just another interview. For a good chunk of The End of the Tour, David Lipsky is a troubling character, for both good and bad reasons. His conflict and life isn’t as interesting or as empathetic as Wallace’s. Being unlikable is fine, of course, but at times it’s tough to empathize with someone who simply can’t understand he’s talking to a human being with real emotions, and that struggle of Lipsky’s is petty, immature and silly. Wisely, screenwriter Donald Margulies puts all of this behavior in perspective by the end, making it a part of Lipsky’s journey towards growth.

Lipsky’s arc works — and Eisenberg sells it — but it’s Segel’s take on David Foster Wallace that works wonders. The Wallace presented in the film is wildly entertaining, empathetic and deeply human. Segel’s performance is completely sincere, which is perfect for a character who truly believes in everything he tells his cynical interviewer. Not for a second do we doubt Wallace is genuine about his life, work, and thoughts when speaking with Lipsky.

What’s impactful about The End of the Tour is embodied best by Wallace in the film: simplicity. Wallace takes pleasure in small everyday acts — petting his dogs, teaching his students, and dancing — not any of the fame or success he’s achieved. The way the author goes about his life is often moving to watch, and because of that, his personal struggles hurt all the more — to see someone so genuine and thoughtful suffer.

As one might expect, The End of the Tour is a very dialogue-heavy movie, and there’s not a single dull exchange between Wallace and Lipsky. The script is always pushing their relationship to new and interesting places, while Ponsoldt’s direction subtlety illustrates the disdain or fondness the two men share for each other. Ponsoldt not only gets great performances out of his actors, but has a firm handle on tone, theme, and drama. He manages to make honest feel-good movies about the struggles in life. This is another strong film from the filmmaker about friendship, success, and failure.

The End of the Tour premiered at Sundance Film Festival and will be released by A24 on July 31st.