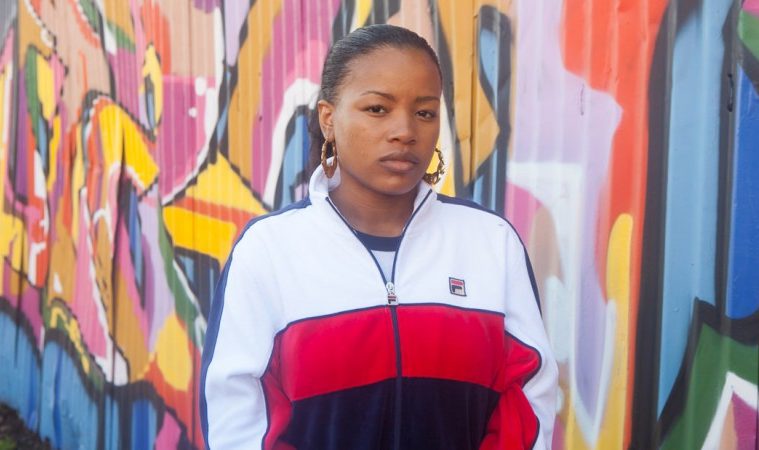 Sundance Review: ‘Roxanne Roxanne’ is a Stylish Biopic With a Star-Making Lead Performance

Taliyah Whitaker plays a young Roxanne Shanté, a little girl living in the Queensbridge projects, challenging men twice or even three times her age to freestyle rap battles. As she gets a little older her talent gets refined, but so does her chronic ability to shoplift. Shante wants out and knows the only way is through her raw talent for music. At home it isn’t any better as her prone-to-alcoholism mother Peggy’s (Long) bad choices in men seeps through Shante’s own outlook of the male sex. When one of Peggy’s lovers ends up stealing her life savings the best mom can say to her daughters is “never trust any man.”

The film is a stylish musical biopic about Queens-born rapper Roxanne Shanté, who busted into the hip-hop scene with 1984’s “Roxanne’s Revenge.” The hit took its roots when she was just 14 years old. An aspiring producer, living next to her neighborhood laundromat, invited her up to his crib — when she was doing laundry, no less — to record what would eventually be known as her biggest hit.

The track, recorded in a single take, is raw, riveting, and real — it’s no wonder radio stations fell in love instantly with its catchy beat. Next thing you know she’s invited out on the road, makes new connections — many of which bad influences — and gets herself involved with Cross, a local drug dealer expertly fleshed out by Ali. He abuses her verbally and physically and he also makes her lose her virginity to him, which leads to her first child.

Adams, shockingly her big screen debut, portrays Shanté from her late teens to her thirties with commitment that is staggering to behold. The fact that she sells the drastic aging process is a testament to Adams’ acting skills, which encompass a wide range of emotions just through the look in her eyes.

As mentioned, the film is conventional to a fault, following in the footsteps of musical biopics such as I Walk the Line and Ray. The only difference here? This is about a female artist and that fresh perspective brings some newfound blood to the genre. The relative unfamiliarity of Shanté outside the hip-hop world at least helps the story unfold in an edifying manner, and especially the songs.

Telling this story with a deep specificity, Larnell does the artist proud by artfully using his camera to capture a woman forging her identity through her art. He and Adams make a formidable team and finely stamp their own mark on the hip-hop movie genre.

Roxanne Roxanne premiered at the Sundance Film Festival and will be released by Neon.