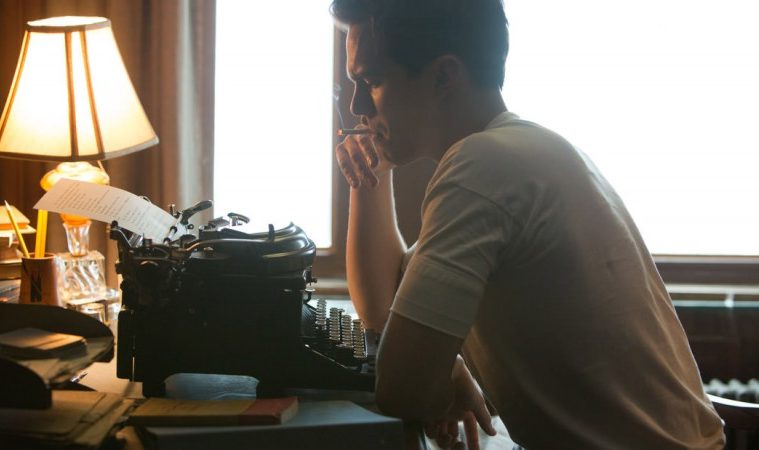 Sundance Review: ‘Rebel in the Rye’ is a By-the-Books J.D. Salinger Biopic

A by-the-books biopic about Catcher in the Rye helmer J.D. Salinger, Danny Strong‘s Rebel in the Rye has quite a story to tell. Salinger was an eccentric hermit that the world never fully got. He helped shape a post-50s revolution with his landmark novel featuring its ever-so-pessimistic main character, Holden Caulfield.

The film starts off with Salinger’s stay at Columbia University, where he studied writing under the tutelage of Whit Burnett (the editor of Story magazine, as played movingly by Kevin Spacey). Already before class even begins Salinger confronts Burnett with his own criteria of what writing should be like. The two end up finding a middle ground and having a prosperous friendship that is at the heart Strong’s film.

Strong has Kenneth Slawenski’s autobiography, A Life, as his guide and, for the most part, he does quite well in portraying the restless agony that lurked deep inside Salinger during pre- and, especially, post-war. Nicholas Hoult is exceptional in the lead. The actor has never had a meatier role to chew on than this one, and he proves himself up to the challenge by finding the rebellious spirit of this bewildering cultural figure that we, quite honestly, don’t know enough about.

When he’s not writing for hours or studying at Columbia, Salinger hangs out Jazz clubs and it is there that he meets Oona O’Neil (Eugene’s daughter), as played here by a radiant Zoey Deutch. If you’re a fan of Hollywood history you would know that it doesn’t end well for Salinger and O’Neil, and that she would eventually dump him for Charlie Chaplain, an actor that was three times her age.

It is strange that in a film about J.D. Salinger the best performance doesn’t even come from the guy playing him. If Hoult is strong in the lead, Spacey is stronger, bringing to life a man that kept pushing Salinger to expand his short story on Caulfield into a novel. They would eventually have a falling out, due to Burnett failing to publish one of his writings in Story magazine, and they would go years without speaking — despite the fact that Burnett was essential to Catcher in the Rye. Spacey ignites the screen with a performance that is both moving and hilarious. The classroom fights between Salinger and Burnett are the clear highlights here, its teacher and protege arguing over what writing means and what it entails to have a “voice.” It’s inspiring enough to make you want to start your own novel.

Of course, this being the J.D. Salinger story, Strong has to include the war. It is well-known that Salinger was severely affected, returning an even more pessimistic human being. Much to the encouragement of Burnett, Salinger continues writing Catcher while in deployment and comes back with six complete chapters. Post-war Salinger has lost his writing ability and can’t finish the novel. He has been shaken up by PTSD and wants to be left alone, opting to move to country and stay in isolation, away from the city. It would stay that way until his death in 2010 at the age of 91.

Given the fact that Salinger has been such a well-known cultural icon for over six decades, it is surprising that Hollywood hadn’t tackled his story until now (although Coming Through the Rye looked at a small portion of his life last year). Was it because we lacked enough knowledge about his life? After all, the man tried his damnedest to stay away from the public eye between his late ’20s and early ’90s. That’s 70 years of not knowing much about the man, so it’s not surprising that the film ends once he moves to the country.

There is a curiosity for Salinger, even to this day, but the film tackles parts of his life that were already well-known. There seems to be something missing; his life was an enigmatic puzzle and Strong hasn’t found all the pieces. It doesn’t help that his visual style is flat and the narrative is conventional enough.

Rebel in the Rye premiered at the Sundance Film Festival and opens on September 8.