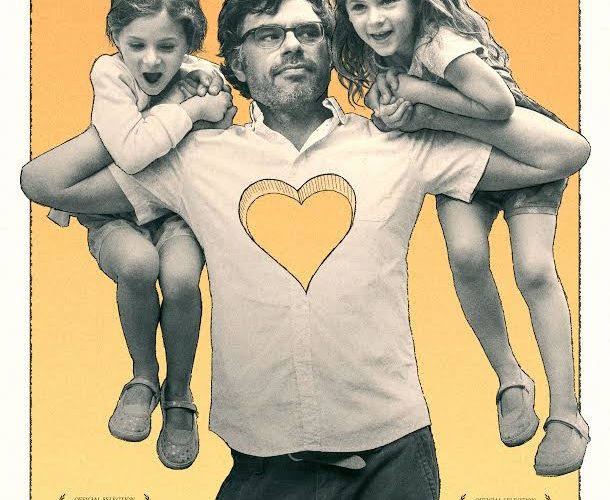 Somewhere in Brooklyn, a semi-blocked graphic novelist named Will (Jemaine Clement) catches his wife Charlie (Stephanie Allynne) cheating on him with a “monologuist” named Gary (Michael Chernus) during their twin daughters’ 5th birthday party. There’s a fairly standard confrontation between these three people, resulting in a meek non-fight between the two men. One year later, Will is living alone in Astoria, doing his best to start over while making the most of his time with his children and teaching at the School of Visual Arts.

Such is the opening of James Strouse’s People, Places, Things, his third feature (Grace is Gone, The Winning Season) and third film to play at Sundance. Strouse has a built a career on small, personal stories, and this film is no different. The stand-out here is Clement, who gives his strongest performance to date. He shines in a lead role that plays to his charming intellect and quirky humor, playing Will as somewhat stunted but extremely endearing. The brunt of the conflict sits on Allynne’s shoulders as Charlie, a confused stay-at-home mom who wants to be happy the way she used to be happy. Will’s artwork (including an extended opening credits sequence) does a lot to underline the film’s themes, which all revolve around feeling stuck in between phases of life. It’s nice touch to be sure, if leaned on a bit too much. Jessica Williams, new star correspondent on The Daily Show, turns up here as Kat, one of Will’s students. She’s a talented young woman who decides the recently-single Will and her perpetually-single mother Diane (Regina Hall) would be good together. Will and Diane’s first date is one of the smartest, funniest scenes in the movie. There’s a B-story involving Kat’s ambitions to be a graphic novelist that’s somewhat overlooked, which is a shame. Williams is funny in spots, but feels a bit uncomfortable in the more dramatic moments.

As Will and Diane’s relationship heats up, things begin to get more complicated with Charlie. It’s all headed in a direction that’s to be expected, but the talented cast and confident direction from Strouse are more than worth the familiar territory. It’s great to see Hall in a small-but-important role here. Between this and last year’s underrated About Last Night, Hall proves she’s one of the most valuable actresses out there. The young twin actresses Gia and Aundrea Gadsby also do wonderful work as Clio and Colette, two tough 6-year olds who are as strong as they are cute.

Strouse has made a smart, genial film here that sees a modern family through modern turmoil.