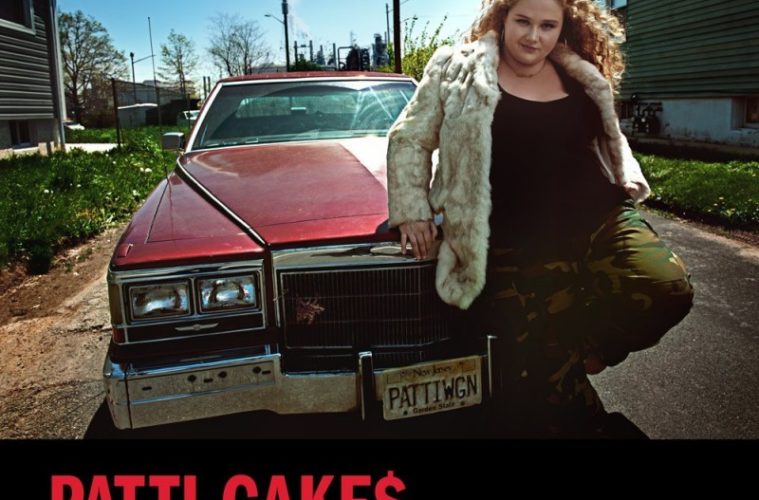 Rhymes, beats, and an audience are all that Patricia Dombrowski requires to achieve her dreams of rap stardom. She already has the former, composed from her personal experience on the thuggish streets and in the dreary bars of Dirty Jersey. Patti Cake$ is about the hard-fought search for the other elements. While there’s an infectious energy to the process of musical creation and an impressive lead performance from newcomer Danielle MacDonald, the feature debut of Geremy Jasper is ultimately hindered by predictable story beats and a cynical outlook at the world it’s capturing.

Patricia (MacDonald) lives with her ailing grandmother and an alcoholic mother Barb (Bridget Everett) who attempts to rekindle her prime at the local pub, where her daughter also bartends. To cope with this life of lower-class routine she raps as “Killa P” every chance she gets, from brushing her teeth in the bathroom to meeting up with her best friend, fellow aspiring rapper/pharmacy assistant Jheri (Siddharth Dhananjay), to bruising rap battles on the street. To escape her family’s steady diet of trash television, cigarettes, and beer, she puts her all into her lyrics, which conjure the grime of her location as well as the specificity of the female experience.

MacDonald, who is a tour de force in this break-out role, conveys the abundance of vigor and hardship required to break into such a game. As her fingers pinch a skyscraper miles away in the visible New York City skyline, we get a genuine sense of her ultimate dream. Her rhymes about her weight and sexuality restoring her agency in a rap battle are remarkable to behold. When she juggles various jobs just to make ends meet, we can feel her work ethic as Jasper rapidly cuts between her devotion to them all.

Where Patti Cake$ stumbles and never recovers is Jasper’s depiction of this location and the surrounding characters that inhabit it. Although it could be argued everything depicted is how Patricia sees the world (her daydreams as a rap goddess are evidence), it mostly acts as cheap ammunition for Jasper to attempt to flesh out the cliché-filled story. Nearly every person who isn’t Patti or her band trio — filled out by the metal-obsessed loner Bob (Mamoudou Athie) —  is depicted with utter disgust by Jasper’s camera.

Take another musical Sundance hit, last year’s Sing Street, as comparison. It was far from the first film to tackle a rise-to-escape story, but its ensemble was endearing and they had stakes in the story that were clearly defined in relation to the protagonist. In Patti Cake$, bar patrons are presented as nothing more than lowlife scum (clearly Jim Jarmusch’s Paterson is far away from Jasper’s world) and most other characters simply tick off generic boxes on Patti’s road to hopeful hip-hop success.

Jasper’s debut is a frustrating one, because he clearly shows a keen visual eye — an intro featuring childhood photos rapidly cut timed with music help fill in a backstory that could’ve been needless flashbacks, and anytime there’s a performance, the energetic camera is in the right place — but much of this drama feels mechanized for blunt audience reaction, rather than settling us into a world we can care about with stakes that render authentic. She may not have reach stardom yet, but from the first scene of Patti Cake$, Dombrowski feels born to be in the spotlight. It’s a shame the movie around her shines such a muddled light.

Patti Cake$ premiered at the Sundance Film Festival and will be released by Fox Searchlight on August 18.