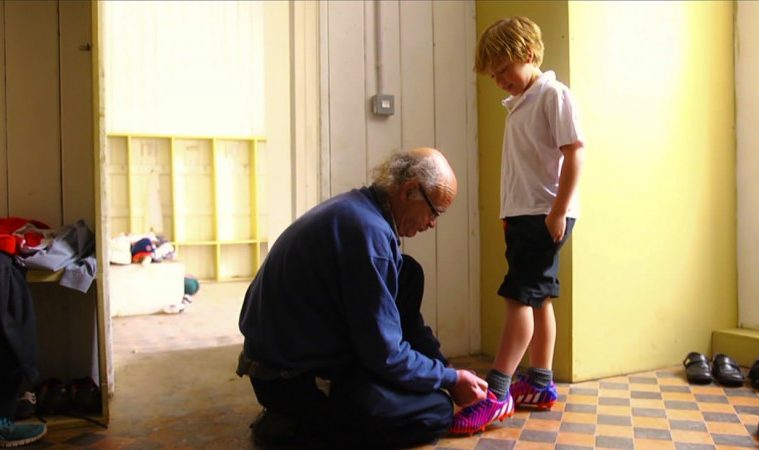 Sundance Review: ‘School Life’ is a Whimsical Look at a Unique Establishment

A gentle and often whimsical look at the art of raising children at Ireland’s only primary boarding school, Headford, School Life is a warm work of cinéma vérité. The documentary focuses on creative mentorship as long-time teachers Amanda and John Leyden guide students into passions, including football, literature, and rock-n-roll. The film spends a good deal of time on the latter as John directs his students to perform tunes by contemporary artists Rihanna, John Newman and Elle Goulding, often complaining they can carry a tune but lack the rhythm. He arranges the school’s rock groups while advising a student learning Rihanna’s “Diamonds” to be gentle on the piano: “It’s done nothing to you, don’t hurt it.”

Directed by Neasa Ní Chianáin, School Life is a celebration of the school experience, free of the kind of context that a talking head interview may provide as we glean information directly from John, Amanda, and a few staff members, many of which were former students. There’s the former prankster (now the school’s headmaster) and the young teacher that advises students against the kind of harmful pranks, telling them they could be forgiven for non-destructive pranks that are really, really funny.

School Life’s most tender passages come in the form of Ms. Ryan, who tells an arriving student, “I’m going to be a second mum to you,” while showing a new student the ropes. Moments later she comforts home-sick students, including a boy who will not be going home to see his family for the weekend. John and Amanda provide an entry point for the film as they contemplate retirement in their small home before the new school year starts. Contending with aging, Amanda proposes they stop when they can no longer connect with their children, grow irritable, or can no longer make it up the stairs.

Headford presents a unique educational model. The only boarding school of its kind in Ireland, focusing on the a whole child approach, allowing school days, recreation, and expression to blend into the hours prescribed by a typical school schedule. Chianáin watches, free from great expository moments, and provides a character study of the Leydens as its entry point into a study of the institution. The film spends a little time on a series of core students that grapple with domestic rules in the dormitories. They are also encouraged to express themselves with certain sacred spaces like the music room, which they are free to paint whatever way they see fit.

Intellectual development is core as the students grabble with scripture and contemporary domestic social policy, including gay marriage. John and Amanda remain modest in their achievements; as the press notes disclose, they’ve helped develop thousands of young minds, including captains of industry, artists, and academics.

School Life has moments of rich beauty as we watch the exact instant where the light bulbs go off for pupils. For those not without background knowledge on the institutions it studies and the alternative it offers to traditional schooling, the film could benefit from a little added context, even if it would sacrifice the its adherence to the traditions of its cinéma vérité approach.