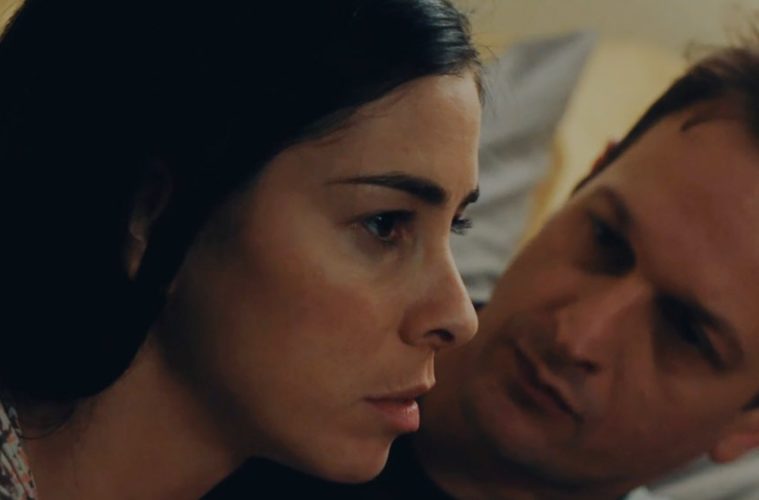 [Sundance Review] I Smile Back

Sarah Silverman shines in I Smile Back, a fairly standard, though very dark, addiction drama driven by its superb leading performance. Laney (Silverman) is married to the successful Bruce (Josh Charles) with a couple of kids. She’s also an addict, binging on alcohol, pills, coke and sex where any and all are available. The husband (Thomas Sadoski) of a friend is her coke dealer, whom with Laney is having an affair.

From the start she’s falling apart, still fractured by a childhood that left her without a father; he up and left when she was 9 years old. The film, directed by Adam Salky (Dare) from a script by Amy Koppelman and Paige Dylan, does well in accurately capturing the viciousness of the addictive cycle. Silverman plays trapped well here, someone lost in her inner turmoil and constantly disappointed in herself for not loving her life as much as she should. It’s a hard path to travel down with a character, and the filmmakers get credit for never shying from the consequences or over-simplifying the rehabilitation process. That said, the rhythmic up-and-down of Laney’s struggle wears thin as the film pushes on. While Silverman succeeds in showing us another side of her immense talent, there’s a hopelessness to the character that’s untenable. This kind of subject matter is notoriously difficult to put on the screen. On one hand, it’s very easy to present addiction as something you just need to get over (a la 28 Days); on the other hand, it’s often pushed to extremes that feel gratuitous (a la Candy).

The central character in I Smile Back is Addiction, not Laney. Despite the strong turn by Silverman, it too often feels like a macro representation of the Disease. We know Laney only as an addict, and not much else. She’s a good mother in spots and a good wife as well, but only for the small amount of time needed tease at hope, only to rip it away. At a running time of 85 minutes, we learn too little about Laney and too much about her addiction.

Charles puts in tender work as the husband, suffering a problem with no easy solution. In many ways, we feel as Charles’ Bruce does: ill-equipped to handle what is going on. It’s a hard thing to watch and perhaps that’s the point of it all: when you are an addict, there is no happy ending because every new day is a fight. A difficult theme to wrap a story in, and a difficult film to watch.

I Smile Back premiered at Sundance Film Festival and opens on October 23rd.