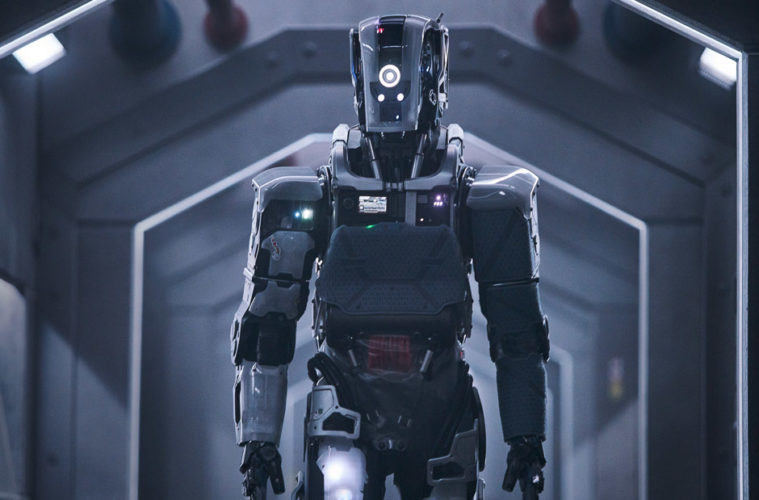 Sundance Review: ‘I Am Mother’ is a Contrived Australian Sci-Fi Chiller

At the Sundance berth of Grant Sputore’s I Am Mother, an Australian sci-fi chiller in need of some trimming, I found myself far more concerned with the production design work than I did its recycled post-apocalyptic scenario, wondering if, many years from now, future denizens will be as obsessed with blinking colored lights embedded indiscriminately on flat panel walls as your average prescient set decorator seems to be.

I joke, but I also care, because design is I Am Mother’s selling point. It needs to be great. In that regard, Mother, the film’s bipedal droid voiced eloquently by Rose Byrne, sets the bar immediately high with its Weta Workshop hallmarks: She (or it) has a sleek, Apple-esque shell, exhibits a range of believable emotions, and moves like one of the many viral sensations emerging from the Boston Dynamics lab.

(I say this, having half expected a slice of bread to pop out of Mother’s toaster-like head. That, or beam a PowerPoint presentation out of its single eye, which resembles your standard boardroom projector. Rest assured, however: Mother is great to watch.)

Regardless, in its opening info dump, we learn it is Day 1 after a cataclysmic event, human life has been wiped out, and there are no occupants in whatever high-tech facility we find ourselves in, the conceit of which immediately calls to mind a typical Fallout game.  Minutes later, Daughter (Clara Rugaard) is born from a frozen embryo, and by Day ~13,000, she’s a young woman taking personality exams, training to be a doctor, and generally enjoying life as the progeny of a maternal robot. What could go wrong?

For reasons contrived—the first of I Am Mother’s many questionable narrative decisions—Daughter goes walkabout, opening the locked vault doors with a curiosity for the outside world. As she does, she simultaneously hears cries for help: some sort of scavenger (Hilary Swank) has been shot, and she’s in danger of dying of sepsis. Daughter lets her in, kicking off a she said / it said face-off between this mysterious woman, who is averse to droids in a violent way, and Mother, which appears sincere but is disturbingly duplicitous. Daughter, meanwhile, is caught in the middle, loyal to her guardian but eager to deprogram everything she’s ever learned about the apocalypse.

Were it not for Mother’s telegenic exo-skeleton, which whirrs with every little maneuver, the film would be little more than a talky, over-stuffed mess of tropes better exercised elsewhere (there’s even a hi-tech surgery sequence, now, curiously, a must in elevated science fiction).

This is frustrating, because the sound and production design’s attention to detail here is admirable—the film invites you to look at everything, rewarding attentive audiences with snippets of text on its many tablet screens and believable augmented reality displays. I even noticed consistent make-up in key scenes, including Daughter’s ashy hands much later following a scene involving a furnace.

Had the script exhibited similar levels of scrutiny at conception, perhaps I Am Mother’s loose ends could have been solved in a more satisfying way, maturing into the ambitious, darkly solipsistic project it so earnestly wants to be.

I Am Mother premiered at the Sundance Film Festival and hits Netflix on June 7.