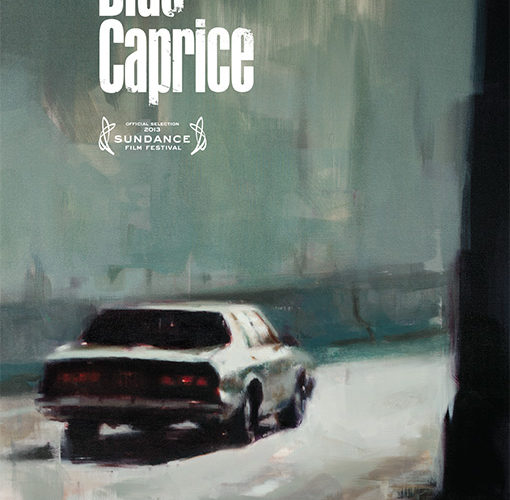 In Blue Caprice, a taut character study of the two men behind the 2002 D.C. Sniper shootings, writer-director Alexandre Moors does an effective job of offering insight into the minds behind such senseless killings. Featuring two fantastic performances from Isaiah Washington and Tequan Richmond, playing the infamous criminals Allen Muhammad and Lee Malvo (respectively), the film strives to capture an uncomfortable mood. Despite this dark subject, Moors treats every moment with care, crafting a deceptively eerie depiction of the possible motivations of both Malvo and Muhammad. Mysterious and tense throughout, Blue Caprice is a slow burn of a film that builds to an unsettling boil that will leave you feeling oddly sympathetic for a serial killer.

The film opens with an enigmatic Malick-like stylistic approach on the island of Antigua, as we are introduced to young Lee Malvo. Life is not easy for young Malvo, who is left to fend for himself after his mother abandons him, prompting him to swim out into the ocean with the hopes of never returning. As fate would have it, Muhammad spots the adolescent drowning and rescues him, becoming an adoptive father figure to the susceptible mind of a mistreated youth. Flash forward a few months, and Muhammad has successfully smuggled Malvo in to the United States, while trying to track down his children from a failed marriage. With no one else to turn to and dwindling funds to support them, the pair, who now identify themselves as father and son, seek refuge with an old friend Ray (Tim Blake Nelson) and his wife Jamie (Joey Lauren Adams). When Ray introduces Malvo to his gun collection to blow off some steam, Muhammad recognizes the natural talent his adopted son possesses and decides to use it as a means of retribution against all those who have left him high and dry. This is where the level of manipulation kicks into full effect, the surrogate father figure twisting the morality of his adoptive son into murderous intent. Training his son using military manuals for elite snipers and forcing him to survive in the woods by himself, Malvo slowly becomes a cold-blooded and calculated killing machine for Muhammed’s purposes. By the time they purchase the Caprice that will conceal Malvo in the trunk, the future is written in stone as they chillingly move from location to location taking out random targets.

Featuring one of the best performances from the festival in the form of Washington’s frightening portrayal of Muhammad, Moors has crafted a multi-layered dissection of one of the countries most incomprehensible crimes. At times the pacing can drag, but it’s a deliberate delay of action so that when things come to a boil the tension and sense of dread is effectively ominous. Perhaps the best debut feature film to come out of Sundance 2013, Blue Caprice is a fascinating and haunting portrait that will leave you conflicted regarding the meaning behind a meaningless crime.