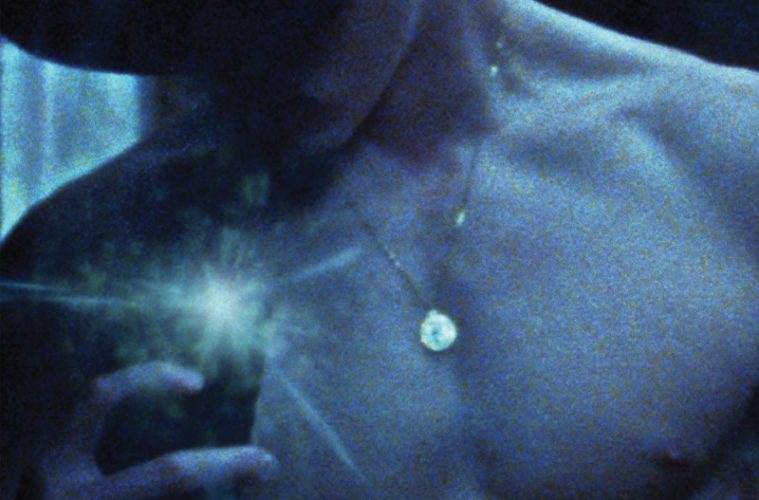 Burgeoning sexuality is the basis for nearly all coming-of-age films, but with her specific eye, Eliza Hittman makes it feel like we’re watching this genre unfold for the first time. With only two features to her name, she’s captured the experience with a sensuality and intimacy nearly unprecedented in American independent filmmaking. Following 2013’s It Felt Like Love, the writer-director follows it with another look at the teenage experience in Brooklyn for this year’s Beach Rats, this time with a protagonist five years older and of a different gender. We first meet the 19-year-old Frankie (Harris Dickinson) as he poses, shirtless, in front of a mirror in his dark basement. Only illuminated by his selfie camera flashes, we see this display of masculinity, then soon learn he stores these photos on a computer, the same one he browses a gay Brooklyn-based webcam/hook-up site. His desires, which he reveals he can’t articulate yet, are hidden from his ailing father, as well as his mother and spunky sister. They are also certainly concealed from his group of hyper-masculine bro-pack of friends, who make their heterosexuality known to those at the Coney Island boardwalk, where they attempt to court local romantic prospects.

Like her last film, Beach Rats is a compact film, telling a narrowly-focused story, and with this constraint Hittman is able to powerfully express Frankie’s sensations. He begins to pursue a relationship with a girl he met on the boardwalk, Simone (Madeline Weinstein); perhaps this is only to exhibit to his mother an artificial heterosexuality, but there’s also the sense of experimentation on his own part. He enjoys spending time with her, but in his close-minded world of feverish testosterone, he doesn’t have the words to express how he genuinely feels. The only avenue he can act out such desires is through meeting up those he becomes acquainted with online. The East London-born actor convincingly sports a Brooklyn accent, as well as the emotion impenetrability as formed by societal norms. His restrained blankness as he cruises never turns into physical delight, which renders accurate for a man who still inflicted with repression.

Shot by French cinematographer Hélène Louvart (Pina, The Wonders) in 16mm, Beach Rats continues the level of Claire Denis-esque physicality found in Hittman’s debut. In one of many striking shots, they capture the group of boys with their heads out of the frame. As their bodies move through streets, there’s a viscerality that’s manifested in this mob, which includes Jesse (Anton Selyaninov), Nick (Frank Hakaj) and Alexei (David Ivanov), a group that Frankie feels emotionally a step outside from. As his cruising leads to his these two identities converging, the plotting can feel more schematic, but it’s nonetheless stimulating thanks to Hittman’s vivid style.

With the film’s most intense sequences usually captured at night — in the dark of Frank’s basement or on the moon-lit, desolate beaches of Brooklyn — Beach Rats often evokes the shadowy terror of Bastards, from the aforementioned Denis. Balancing these darker elements, Hittman also captures the visual allure of fireworks, the neon-covered boardwalk and, of course, vaping. As a hyper-focused, dream-like portrait of a teenager grappling with both the conditions of his upbringing and a newfound identity, Beach Rats feels invigorating at very turn.

Beach Rats premiered at the Sundance Film Festival and will be released by Neon on August 25.