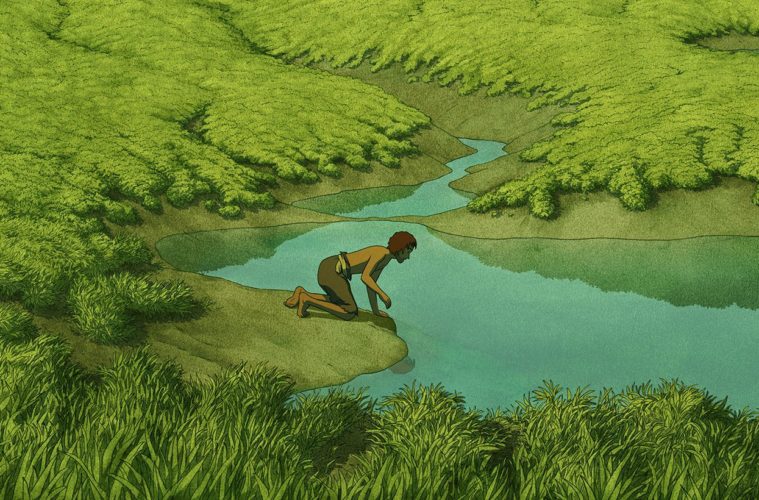 While it has yet to premiere, we’d wager a bet that The Red Turtle is a strong contender for the most beautiful film of Cannes. Co-produced by Studio Ghibli, the feature animation directed by Michaël Dudok de Wit will premiere in the Un Certain Regard section and follows a marooned sailor on a desert island who desperately tries to escape until, one day, he encounters a strange turtle that will change his life.

The first trailer has now landed and it looks to be a stunningly beautiful work with a genuine sense of adventure, and is virtually dialogue-free — like the film itself. We hope a U.S. distributor gets on board soon. With no more feature films in the pipeline for Ghibli, this is the best we’ll get for now, and it looks to be something genuinely special.

Check out the fantastic trailer below, along with a batch of stills and the first poster for one of our most-anticipated films of Cannes:

The Red Turtle premieres at Cannes.