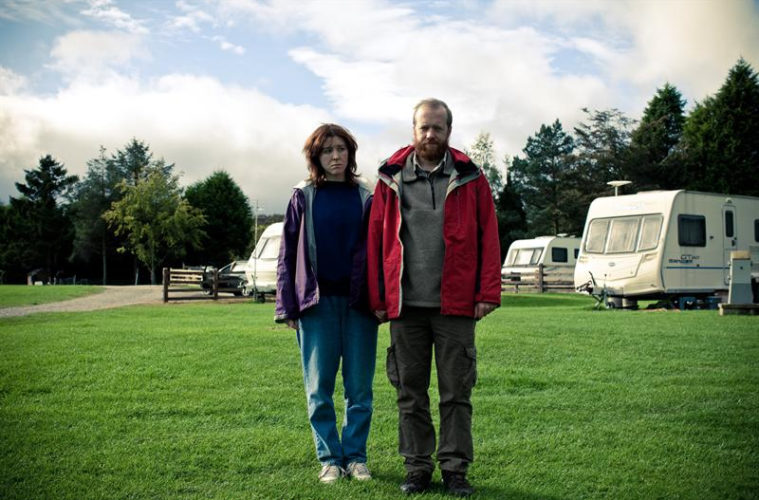 Earlier this year director Ben Wheatley put us through a nightmare with his deranged mind trip Kill List and now he’s taking a more comedic route with Sightseers, following a couple who take a trip through the British countryside. But don’t worry, things still get a bit dangerous.

As we can see in the first trailer from Guardian, the couple get tied up with an encounter that turns deadly, haunting the rest of their trip. We praised the Edgar Wright-produced film at Cannes (full review), saying it captures an “unusual blend of exquisite cinematography, hilarious ridiculousness and over the top death and gore.” Starring Steve Oram and Alice Lowe one can see the promising trailer below and read our interview with Wheatley from Cannes here.

Following a quirky neurotic couple, Chris (Steve Oram) and Tina (Alice Lowe), who after leaving Tina’s dog obsessed mother, purchase a caravan to traverse the tourist traps of England. The plot, for the most part, centers around these series of adventures from spot to spot, highlighting the natural quirk of the British countryside. But it soon becomes transparent that not everything is normal with Chris and Amy’s behavior, and their bizarre tendencies are opportunities for Wheatley to explore his own cinematic prowess. Each time they park their caravan unexpected encounters occur that usually result rather badly for everyone who is not Chris and Amy. Starting off seemingly innocent, the plot moves rather quickly into the dark side of human neurosis, depicted by a series of increasingly devious crimes.

Sightseers has been picked up by IFC Films/Sundance Selects for a US release, while it hits on the UK on November 30th.