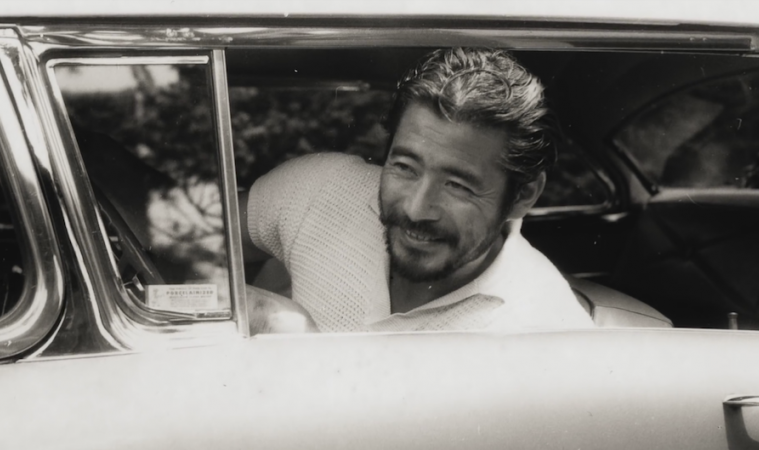 Scorsese and Spielberg Praise a Titan in Trailer for Keanu Reeves-Narrated ‘Mifune: The Last Samurai’

There may be no actor who so forcefully brings budding film lovers into world cinema as Toshiro Mifune, the Japanese wild man who redefined period epics and still puts most action stars to shame. Given the (very) rarified place he occupies in cinema, his enshrinement via documentary is an inevitable thing. While Steven Okazaki didn’t get there first, his Mifune: The Last Samurai appears to have done it well.

With the likes of Martin Scorsese, Steven Spielberg, and Kiyoshi Kurosawa regular Kôji Yakusho on hand for interviews — as well as narration from Keanu Reeves — the film appears to follow a standard career-and-life walkthrough, admirers and co-workers alike singing his praises while clips and archival photos move us along. (A less-than-glowing review, one of the only published thus far, indicates as much.) So be it: any excuse to revisit his work, even in bite-sized form, is always welcome, and some unseen material only sweetens the deal.

Watch it below (via Filmmaker Magazine):

Nearly 20 years after his death and in the final run-up to his centenary, Toshiro Mifune remains a true giant of Japanese cinema. Rich with archive footage and personal reminiscences from family and friends, this Keanu Reeves-narrated documentary shines a light on both the man and the actor, starting with his childhood and military service, through to his early years in the popular ‘chanbara’ action movies that he would later draw on for a string of masterpieces made with legendary filmmaker Akira Kurosawa. Mifune: The Last Samurai reveals him as a formidable and mercurial talent, both onscreen and off, and offers rare insights into his background that draw intriguing parallels with Lee Marvin, Robert Mitchum and the Hollywood hard men of his generation. But it is the talking-head testimony of the likes of Martin Scorsese and Steven Spielberg that prove just how transcendent Mifune was as an actor, with a rough-cut grace, charisma and style that still resonates through world cinema.

Strand Releasing will give us Mifune: The Last Samurai on November 25.