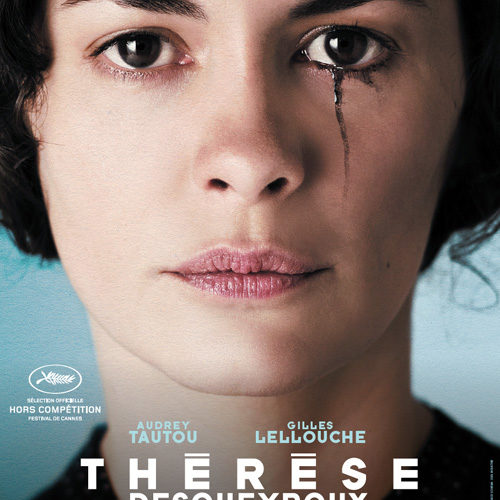 Only a 1927 novel can get away with its titular character yearning for a marriage built on land and stability instead of love for no other reason than to quiet ‘unfeminine’ aspirations beyond domesticity. Dismissed as a silly little thing with too many ideas and not enough religion, Thérèse Despeyreux actually wants to be rid of her thoughts and seek refuge in her best friend Anne’s brother’s simplicity. What she didn’t count on was exactly what this new sister-in-law warned—a life devoid of adventure, dreams, and love isn’t one to wish upon anyone no matter their stress and anxiety in wanting more. A baby leaves her empty; watching Anne fall in love spurs jealousy; and the medicinal arsenic carefully dropped in her husband’s water proves too tempting in its promise of escape. The final film from director Claude Miller—its Cannes debut occurred a month after his passing—this Thérèse isn’t the first big screen adaptation of François Mauriac’s masterpiece. Last year’s favorite for Oscar glory Emmanuelle Riva actually found so much success in her 1962 title role that she won Best Actress for the portrayal at the Venice Film Festival. Filling those shoes this time around is Amélie herself, Audrey Tautou. In fact, take away the seventy-plus years between them and Thérèse can’t help but remind you of that Parisian dreamer falling in love. If her desire to live were squashed before she was old enough to realize what was happening—like Desqueyroux—she too would have wasted away intellectually and emotionally until ambivalent unfeeling consumed her every thought and action.

Miller and cowriter Natalie Carter’s script begins in 1922 with the girls aged fifteen and already aware of the plans for joining their families and eleven thousand acres of pines in holy matrimony. Flash-forward six years and Tautou’s chain-smoking Thérèse is already on the arm of Bernard Desqueyroux (Gilles Lellouche) and ready to plunge into the role of wife and mother to quiet her mind. These were the times and this was the position they were meant to adhere; it isn’t until Anne (Anaïs Demoustier) gets swept up in the romance of local pariah Jean Azevedo’s (Stanley Weber) love that Thérèse realizes she has imprisoned herself in a provincial life of convenience unable to ever provide her what her heart and soul truly needs to flourish. So, when an angina scare places Bernard on arsenic and the dryness of their forested land sparks in flame, the unsurprised and easy machinations of everyone around her finally become too much. Coldness takes over from her emotional defeat as she sleepwalks around her estate, neutered to do anything else but watch as the rest live their simplistic, drab existences. Maybe her silence when Bernard accidentally takes a double dose was innocent to see what might happen, but her complicity in continuing the poisoning afterwards so that the chaos and mystery could go on confusing her family is very much consciously vicious. But no matter what she does—or if she’s caught—nothing will ever stop these creatures from caring most about keeping the family name synonymous with honor.

And I guess this is where I simply couldn’t give myself over to Mauriac’s story. Miller’s direction is flawless, the aesthetic authentic and enveloping, and the acting superb across the board, but none of it captivated me enough to care. These themes of gender roles being precisely adhered are archaic and having your one female character willing to fight against them turn to murder becomes a lazy, grossly melodramatic way to prove a point. Ideas posited that almost try and force you to believe any woman with intelligence and strength is merely a crazed child of God taken over by evil are laughable at best and the lack of justice on behalf of her selfish victims is unforgivable whether due to pity or hatred. It’s all too boring. That’s just my opinion, though, as the reverence for Mauriac’s novel shows I may be in the minority on this account. Maybe I missed the part where Tautou’s Thérèse battles for her freedom rather than sitting by and waiting without the hope of ever leaving the clutches of the Desqueyroux name. Or perhaps Jean-Paul Sartre’s criticism of the book in 1939 was correct in its accusation that Mauriac’s characters are denied free will because the actions taken in the film appear to be caused by circumstance rather than conscious effort. This way of storytelling therefore makes it less about a woman finding the strength to overcome the life set before her and more about the blind luck of one who should be jailed getting a second—pretty much unearned—chance.

It’s a shame because there’s a lot to like otherwise. Lellouche’s inherent selfless compassion juxtaposes intriguingly against his selfishness in siding with those who have the family’s best interests at heart. Demoustier shows the complexity of a scorned youth to conversely contrast Thérèse’s trajectory before being shoved to the background midway through. And Tautou’s lackadaisical demeanor of long stares turned to smiles when shaken from her thoughts conveys the internal struggle between her similar want to protect her name and need to run from it. As a result, the fact Mauriac wrote three more novels about the character makes me believe this was some origin story to understand her subsequent adventures towards individuality. But while the final shot mimicking Mike Nichols’ Closer shows that possibility, what comes before is too depressingly dour to turn so sharply into hope.