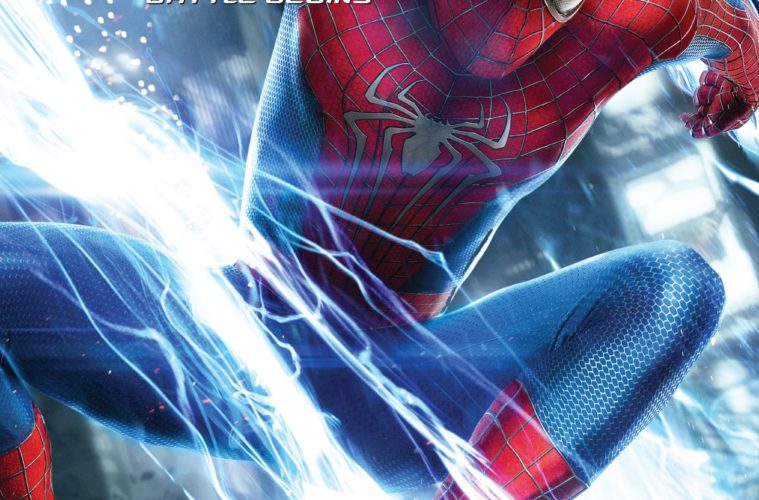 Despite being flat, faceless, and altogether perfunctory, one can almost understand The Amazing Spider-Man‘s commitment to set up this superhero universe once again, recounting another origin story and all the tedious components that come with it. When it comes to its follow-up, however, the filmmakers have unlimited potential, free to embark on their own path, exploring whatever they’d like with seemingly little restraints. Despite a few effective scenes on both the action and character side, The Amazing Spider-Man 2 unfortunately fails to captivate with both unremarkable setpieces and a middling narrative, weighed down by its obligations to set up the future of the franchise.

In any successful comic book movie, there’s a compelling, relatable story running underneath the high-flying stunts. While the latest entry in the genre is far from a triumph in that regard, Marc Webb‘s clear focus is wrapping everything around a teenage drama. As the last blockbuster focused on forming the relationship between Peter Parker (Andrew Garfield) and Gwen Stacy (Emma Stone), this sequel introduces his struggle with maintaining it. Parker is haunted by the late George Stacy’s (Denis Leary) dying wish to not have his daughter involved with his heroic pursuit in the form of hallucinations. As for Gwen, now working at Oscorp, her character is contending with the next steps in her life, one of which might be heading to Oxford and leaving her superhero boyfriend behind. In one of the script’s few convincing scenarios, Webb and screenwriters Alex Kurtzman, Roberto Orci, and Jeff Pinkner recognize this is the most palpable, if not the only real, human connection to be found here. Their relationship at the center is the most affecting in the film, complete with the return of seemingly improvised exchanges between Garfield and Stone. All of this culminates into one of the most impressive, daring sequences to be seen any Spider-Man film, perhaps comic book movie in general. Sadly, the same care is not given to the rest of the proceedings.

We open with a flashback to give a fairly thrilling explanation for the fate of Peter’s parents, Richard (Campbell Scott) and Mary Parker (Embeth Davidtz), which will, of course, have implications for Spidey’s daddy issues throughout the film. Webb then jumps to a fun, goofy Spider-Man completing baddie clean-up, all while convincingly swinging us throughout the city, something that could have been utilized more throughout the rest of the film.

Despite some promise in these opening sequences, we quickly hit a drag. One of the most abysmally motivated and one-note villains comes in the form of Jamie Foxx‘s Max Dillon, a lonely Oscorp electric engineering whiz who, after being saved by Spider-Man once, idolizes him as his personal hero. After an accident at work, Dillon transforms into the (literally) power hungry Electro, who is now conflicted with his new nemesis, but strives for attention more than anything.

By the film’s end he’ll seem like merely an afterthought in the scheme of things, but his progression throughout is exceedingly dull and lazily written, hammering home the same repetitive motivations, something gathered from his introductory scene. This matter isn’t helped by overbearing dubstep music cues courtesy of his Hans Zimmer and his band dubbed The Magnificent Six, including Pharrell Williams, Johnny Marr, Junkie XL, and more. When Electro becomes furious, an attempt to externalize his anger through forced voice-over mixed with these cues undermine any sinister impact he’s supposed to have.

Taking the “bigger is better” approach, Electro and his takeover of New York City is the prime marketing material, but somewhat hidden in Sony’s campaign is the more integral villain, one that popped up in Sam Raimi’s trilogy. Harry Osborn (Dane DeHaan) is returning from boarding school as his father (Chris Cooper) dies, leaving the $200 billion corporation in his hands. While this similar rise to power is more gripping in his break-out Chronicle, DeHaan imbues his rich-kid character with a set of eccentricities, one of the few performers of the cast that seems to be having any real fun. Wearing the badge of the biggest-budgeted film to shoot completely in New York, Webb does a commendable job of giving life to the city in the opening sequences, letting us in on the perspective of Spider-Man as he swings through Manhattan. The other action sequences — seemingly the main attraction for most summer audiences — are mostly a let-down. While primarily taking place at night affords Electro to effectively show off his powers, the murky combat is burdened by unconvincing CGI and a lack of imagination by Webb and company. Despite some brief, admirable use of slow-motion that coherently showcase Spidey’s senses, the remainder often hits the same beats we’ve seen time and time again in other superhero films.

Instead of carving a fresh, new path with this story, The Amazing Spider-Man 2 uninspiringly feels as if the filmmakers are running through a checklist of requisite moments with the end result being a tolerable, but humdrum affair. More discouragingly, however, is the addition of a fourth act. Once merely reserved for post-credits stingers that one could easily disregard, Sony has now fully bought into the narratively-damaging idea that teasing what’s to come is more important than the film itself. While we won’t spoil the foreshadowing, by the final fifteen minutes, everything on display indicates those involved have little interest in giving credence to the previous two hours. If they don’t believe in the story they’re telling, why should we?

The Amazing Spider-Man 2 hits theaters on Friday, May 2nd.