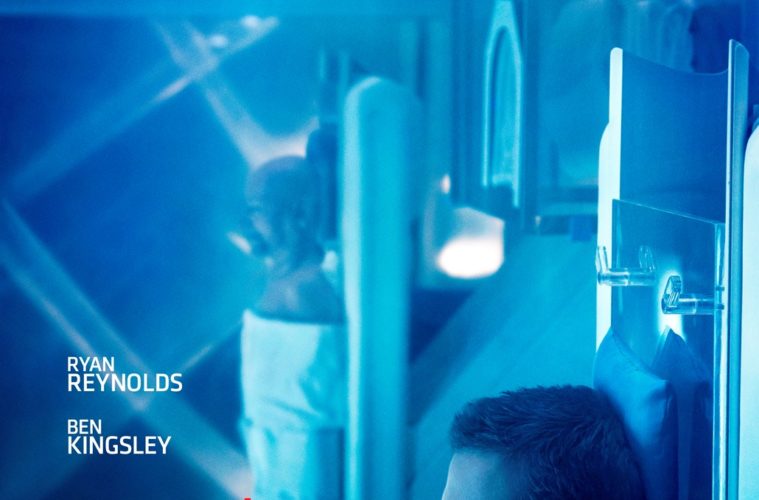 What if the world’s greatest minds could live beyond their bodies? Imagine what Steve Jobs or Albert Einstein could have accomplished with 50 more years of work under their belts. Such an enticing question is posited, more or less word for word, during Self/less, the new science-fiction thriller from Tarsem Singh. Initially impressing with the breathtaking visuals of The Fall, there’s a substantial amount of beauty to be found in the director’s one-two Hollywood punch of Immortals and Mirror Mirror, but his latest film takes a different, more conventional path. Packaged as the kind of high-concept thriller that could be found in spades during the 90’s (see: the more amusing Face/Off), in 2015, Self/less is a slick, but dated and hollow jaunt through the ripple effects of over-reaching technology and the questions of morality that accompany such power.

Employing an excessive New York accent, Ben Kingsley‘s Damian Hale is a billionaire king of the real estate industry. Although he has unending resources and the power to crush anyone’s career at will, the cancer that’s eating its way through his body will result in his death in mere months. After being informed about a little-known, but cutting-edge medical procedure of “shedding,” he decides to take up the offer from a sophisticated doctor named Albright (Matthew Goode). The process finds his consciousness being transferred to the body of a 35-year-old man (Ryan Reynolds) and his failing body discarded with his colleagues and estranged daughter (Michelle Dockery) believing he’s dead.

Set up at a house in New Orleans, complete with the wealth he accrued in his past life thanks to some behind-the-scenes work by Albright and his crew, the new and improved Hale must cut ties with everyone he previously knew. On the basketball court he finds a friend in Anton (Derek Luke) and soon enjoys a barrage of one-night stands and partying, one of the few sequences with a pulse. Edited by frequent collaborator Robert Duffy, Singh effectively adds some life to these montages, mixing the culture’s jazz with Hale’s newfound vitality. However, all is not well for long, as Hale starts to experience vivid (and lamely executed) flashbacks, a result of his new body perhaps having a previous host. This sets him on a chase through the past to find answers about the people his consciousness is digging up, namely a mysterious woman (Natalie Martinez).

Despite a realistic-enough approach to the science and effects of undergoing such a process, David and Àlex Pastor‘s script attempts to pose philosophical questions of identity and family, completely at odds with the tedious, by-the-numbers pursuit sequences. Most disappointing of all is Tarsem Singh’s formal approach, lacking the awe-inspiring, vibrant compositions he’s built his career upon. Clearly working with a more modest budget, Brendan Galvin‘s drab cinematography does little to give any of the dynamism the picture is clearly in need of. A pair of potentially unsettling sequences, both involving children, don’t follow through with their initially peculiar promises and Reynolds, although mostly selling his man-on-the-run character, fails to connect with Kingsley’s persona.

Coming from the producers of Looper, there’s a few shades of Rian Johnson’s bold and riveting sci-fi feature here, but where that film’s intriguing premise seems fully explored, Self/less‘ humorless B-movie story and aesthetic makes for little more than a cheap knock-off of what has come before. Far too conveniently and predictably plotted, Tarsem Singh’s latest feature, clocking in at nearly two languorous hours, poses initially compelling questions, but quickly devolves into an unimaginative thriller that fails the very definition of the genre.