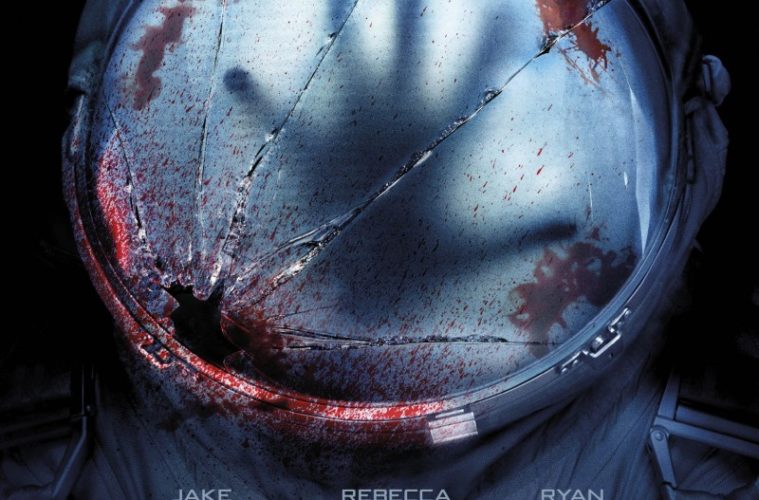 If Hollywood’s revitalized interest in space — embodied by Gravity, The Martian, and Interstellar — has proven anything, it’s that the galaxy is terrifying enough without the presence of extraterrestrial life. As the horrors of eternal darkness, flying debris, spacesuit malfunctions, and grappling with the psychological effects of loneliness weigh on our protagonists, Life attempts to up the ante by adding to the equation a creature hell-bent on destroying every human in its path. Although wholly derivative of the sci-fi touchstones that came before it, Daniel Espinosa’s streamlined, down-and-dirty approach makes for a refreshingly self-contained survival thriller.

Beginning with an extended, zero-gravity-replicating single take that hovers through the International Space Station, we’re introduced to the crew (made up of Jake Gyllenhaal, Rebecca Ferguson, Ryan Reynolds, Hiroyuki Sanada, Ariyon Bakare, and Olga Dihovichnaya), who have found the first proof of life beyond Earth. A space probe heading back from Mars has arrived with a sample containing a microscopic single-cell organism, which earns the name Calvin. The fairly rote first act runs through the obligatory set-up of introducing loved ones back home — or, in the case of Gyllenhaal’s Dr. Jordan, a preference for space rather than interacting with the “humanity” on Earth — and other forms of obvious foreshadowing for our crew. As experiments on this new life form begin, it reveals itself to be something far deadlier than expected, and a bloody path of human extermination commences.

As scripted by Deadpool duo Rhett Reese and Paul Wernick in their most succinct screenplay yet, a portion of Life’s B-movie pleasures lie in its disregard for certain aspects other space thrillers may indulge in. Outside of a few early exchanges, there’s no communication with anyone on Earth, leaving every decision in the hands of the crew. While they certainly make some foolish ones along the way, they act out their stupidity with confidence, leaving little room for needless exposition about weighing the moral complications. Once they formulate a new plan, it takes little time to execute, resulting in the majority of the film being the fast-paced, video-game-esque machinations of how they can defeat this evil presence they initially thought would change science for the better. Beginning like something out of a horror prequel to Flubber, this creature evolves in terrifying fashion, and there’s no shortage of body horror as the members of the ensemble meet their demise through human frailty.

Not shy about its influences, Seamus McGarvey’s cinematography cribs heavily from Emmanuel Lubezki’s work in Gravity, while the opening scenes — and especially Jon Ekstrand’s music cue during the title sequence — feel lifted straight from 2001. Then there’s the Alien-influenced central threat of an undeterred extraterrestrial menace picking off our crew. The patience held by the directors of those aforementioned films isn’t one of Espinosa’s traits, so while there’s not much of an impression to be left when all is said and done, Life is far more interested in lean, mean thrills. Even though there’s a underlying sense we’ve seen a variation of all this before, it skews toward being overly on-the-nose (ahem, Skull Island) by having no qualms about the pain being inflicted. As limbs are contorted and blood spews out of bodies (then floats around), this nasty streak is entertainingly unexpected for a film of this budget scale.

If I’m not going into great detail about the ensemble, it’s because they are little more than pawns in the hands of Espinosa, offered up one by one as we await to see in which inventive way they will meet their demise. Perhaps it’s simply a welcome correlation with his appearance in Sunshine, but Sanada is a highlight, providing a stone-faced stoicism as the pressure heats up, while Gyllenhaal and Ferguson both convey the urgency of concocting a way to survive at each turn — even if a moment of intended poignancy between the pair when it comes to a reading of Goodnight Moon feels misjudged and unfitting for a film with lesser aims on it its mind.

“This is some Re-Animator shit,” Reynolds’ character says early on. Life doesn’t reach the gleefully outrageous heights of that reference, but it brings a level of pretense-free schlock seemingly non-existent in the polished, aseptic sci-fi films of today’s Hollywood. Despite a layer of derivative blandness with the formation of its characters and cribbing from genre greats, there’s something downright invigorating about a film without loftier ambitions than providing slasher-in-space pulp. With a finale that ends in a shock, then a chuckle as the credits roll, Life keeps one on their toes and takes pleasure in doing so.