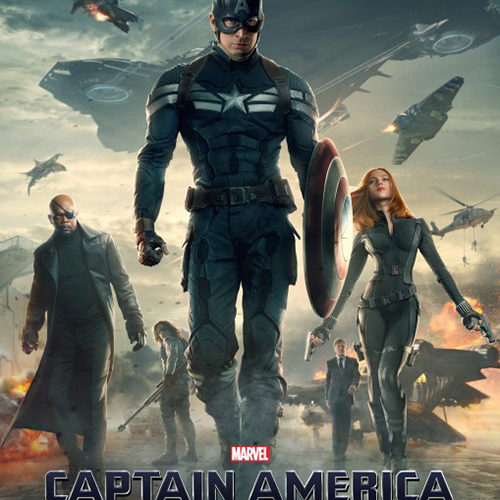 Despite the audience’s embrace of their output, Marvel still hasn’t released that “A”-quality film quite yet. Don’t get me wrong, the universe they have created is unparalleled and possessed by a consistency of success on par with Disney’s other child Pixar, but has there been a The Dark Knight? Even an X-Men 2? Not yet. The closest we’ve come is probably The Avengers, for finding a way to integrate the many disparate storylines into the series’ most standalone feature to date with excitement, humor, and drama. The rest suffer in some regard as a result of working towards such a blockbuster meet-up and some are simply less relatable than others (sorry, Thor). If any of the main characters’ arcs are going to shine, however, it’s hardly surprising that white hat Cap is the one to do it. Marvel should take what Captain America: The Winter Soldier does and use it as the rubric to follow with subsequent phases. Iron Man 3 does well using what happened in The Avengers as a way to evolve its lead and work towards the dark, scary future our world is becoming in real life and in the comics to warrant such a need for superheroes in the first place. But Tony Stark is a sarcastic genius we either aspire to be as cool as or begrudge his smug sense of entitlement despite saving America numerous times. Steve Rogers (Chris Evans) is the exact opposite. He’s a regular Joe who risked his life just to attempt being a hero; a man who lost decades sacrificing himself for freedom’s salvation; and the one man strong-willed enough to corral the egos surrounding him and stand with unwavering loyalty to those he serves.

So, of course he questions authority when orders are shrouded in secrecy, as he’s against totalitarian maneuvers set to dismantle any transparency government had let alone our right to question it. He’s the man who can be trusted implicitly and therefore also the one to be feared by his enemies. Screenwriters Christopher Markus and Stephen McFeely get this and culled together what they could from canon, added some flavor of their own, and ensured everything works towards whatever Kevin Feige and Joss Whedon‘s Bible has in store. What’s more, though, is they do it alongside directors Anthony and Joe Russo in a way we haven’t yet seen. Sure there’s been action and conspiracy—there’s even been human villains (albeit with toys to wreak havoc)—but there hasn’t been bona fide espionage or real political stakes until now.

Even the opening fight scene here could be out of Metal Gear Solid, with its covert operation and Cap’s brute force mixed with delicate finesse. Add in blasts from the past (as in characters from The First Avenger pop up in flashback, fifty years prior, in the flesh, and everything but flesh) and we start to get a handle on the bigger picture of what S.H.I.E.L.D. is and exactly how thin the line is between right and wrong when the path to similar endgames is so very, very different. We get enlarged roles from Director Fury (Samuel L. Jackson), Russian turncoat Black Widow (Scarlett Johansson), and even Agent Hill (Cobie Smulders). New politicos like Robert Redford‘s Secretary Pierce and the World Security Council arrive to show the boardroom behind crucial decisions and those we take for granted after relinquishing our power for peace of mind. It’s the most plot-heavy of the Marvel films with ramifications providing a game changer for the universe in terms of superhero and US government relations. The conclusion literally has me the most interested in television series Agents of S.H.I.E.L.D. since it was announced because its trajectory can’t help but be effected now. Yes, an introduction to the titular Winter Soldier (if you somehow don’t know who he is I won’t spoil it for you, but anyone who follows movie news shouldn’t be surprised since the actor signed a multi-picture deal) as well as Sam Wilson’s Falcon (Anthony Mackie) occur, but the film’s real purpose is showing that Captain America will not yield when freedom is on the line no matter who’s asking. He won’t compromise.

Alongside this is also a dense character study delving deeper into Roger’s motivations as well as Black Widow’s Natasha Romanoff, while even more players arrive whom we can assume will return in later installments (Emily VanCamp and Frank Grillo). We get a history lesson about S.H.I.E.L.D. and a look towards its future with adrenaline-pumping action scenes, ones that the Russos thankfully found a balance with between hyper-cuts and fight choreography to keep the audience helpless from involuntarily reacting during every bone-crushing hit. For each quick splice changing vantage point or angle comes an uncut scissor move of the legs and throw of an opponent. And seeing Evans punch and push extras into walls or bumrush a door at high speed somehow lingers in my mind as a cool effect rather than hokey gimmick.

I liked Jackson and Johansson a lot and that’s something to say considering both have been pawns to this point (although Black Widow had her moment at the start of The Avengers). Redford is effective, if not feeling out of place, but his subtlety does help counteract over-the-top villainy by Maximiliano Hernández and an overtly tongue-in-cheek turn from Garry Shandling. As for the rest: Grillo is a highlight of aggression standing firm throughout, Mackie steals scenes with his smile-inducing snark and attitude, and the Winter Soldier finds complexity when not staring wide-eyed at his own reveal. It’s Evans, however, who carries every second with back forever straight and morality visible on his sleeve. He gets a couple one-liners this time around and proves why he’s the only choice as de facto leader of these misfits.

By far the best Part Two in the universe (not necessarily hard to achieve) it also rests at the franchise’s peak alongside Iron Man, Avengers, and its predecessor to show the viability of cinematic serials. It remains to be seen whether Marvel has something to stand alone as a masterpiece beyond envelop-pushing effects, but I’m gradually discovering I don’t care. Do I need an “A”-caliber film to truly call the studio’s saga a worthwhile endeavor? No. Perhaps I’m doing the math wrong but nine above-average films add up to meritorious achievement. When/if the dust settles and we move on from comic book heroes, these films won’t be judged separately, and if we’re to grade them as cogs in an elaborate machine, The Winter Soldier is as important a link as we’ve seen yet.