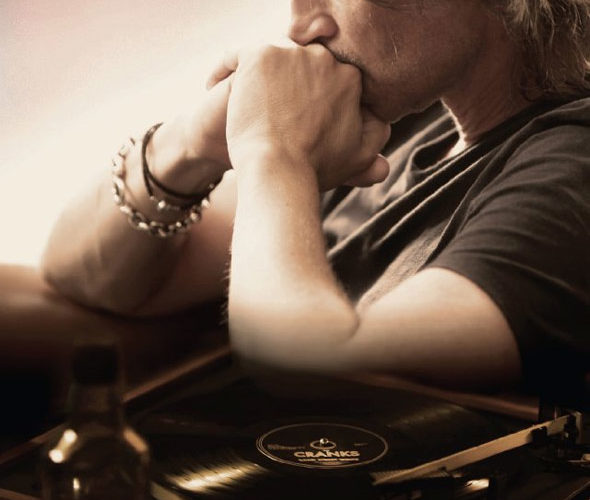 In a case of mistaken identity, Marshall Lewy‘s sophomore effort as writer/director is much more than its cliché-riddled trailer shows. A 2012 Sundance Film Festival selection, California Solo is the kind of character study that allows its plot to unfold naturally with minimal contrivances. Every preconception inferring things will turn out alright because star Robert Carlyle smiles in marketing materials with a light, optimistic bent will probably be proven wrong due to ex-rocker Lachlan MacAldonich’s infinite guilt preventing cheery results. On the brink of returning to a home he can’t believe would ever willingly welcome him back, we watch his pained existence offset only by a striking capacity for redemption. Needing to confront his past to earn it, the journey reveals salvation only occurs if he can forgive his own transgressions. So much is made about MacAldonich’s estranged relationship with his ex-wife and daughter in the trailer that it’s easy to assume he’ll magically cajole them into pretending his deportation would cause them ‘extreme hardship’. I fully expected Lewy to deliver a rather ho-hum drama manipulating his audience through a convenient progression of events depicting a defeated man’s successful last-ditch effort to win over a fourteen-year old girl he hadn’t seen in a decade. Therefore, when it took half the film to meet his ex (Kathleen Wilhoite‘s Catherine) let alone catch a glimpse of Ari (Savannah Lathem), I was pleasantly disappointed. Instead of tugging heartstrings and unrealistically letting blind forgiveness rule the day, Lewy lets his character’s pain consistently place him in unsafe waters with all chance of a lifeline long since eradicated.

The demons inside MacAldonich rarely let go. Happy enough managing the retail end of his friend Warren’s (A Martinez) farm, Lachlan’s tries hard to put his former life as lead guitarist of British rock sensation The Cranks behind him. The only connection retained to music is recording a podcast that deals with the greats who died prematurely courtesy of the lifestyle. Perhaps the only true, blatant contrivance of the film considering the facts surrounding his band’s demise, you can forgive its inclusion for the poignant payoff of its cathartic powers. Until then, however, we’re made to watch a shell of a man pour copious amounts of alcohol down his throat to get by. The resulting DUI combined with a past drug charge quickly destroys any headway the fresh start made. While a good portion deals with this idea of Immigration cracking down on infractions that aren’t terrorist acts despite the victim being an upstanding citizen for over a decade, California Solo isn’t trying to be a message movie to push liberal agendas. The hardship endured with lawyers doing their best to waive fees and help (Robert Cicchini and Brad Greenquist) is included because of how it all exacerbates his addiction and therefore pushes us closer to witnessing his eventual moment of clarity. Despite friends, acquaintances, and blood relatives a mere drive down the road in LA, the realization none of them matter and most could care less about him being forced back to Scotland is necessary for him to survive the bout of depression risking to takeover completely.

Lewy handles the details adding to this suffering with a deft hand. The young and attractive Beau (Alexia Rasmussen) serves as a stand-in for both ex-wife and daughter emotionally—depending on which relationship he can achieve with her; Beau’s boyfriend Paul (Danny Masterson) becomes a new link to the past through unbridled fandom and a yearning to relive the glory days; and Warren’s son Julian (Eli Vargas) ends up another partner of sorts Lachlan can’t avoid letting down. These few days in his life become a sort of microcosm of everything he has felt the past decade wallowing in the self-pity of destroying all he touched. And just when things start looking up, that penchant for failure seeps in to remind him he doesn’t deserve the happiness. This aging rocker trying to make good isn’t new—I kept thinking of Dominic Monaghan‘s Charlie from “Lost” amongst others—so it needs the brilliantly authentic performance from Carlyle to work. It’s a real, human portrayal that descends into bouts of frightened rage and bad decisions as often as the potential of what could have been. We know his exchanges with Beau are flirtations to get in her bed, but he never takes advantage of her kindness or reciprocation. We know he’d do anything for Warren and Julian and vice versa, but the pressures the details surrounding his brother’s death resurfacing create are too large to move past. As good a drunk as any—this is Begbie after all—Carlyle excels at the duality and allows us to sympathize and vilify in equal measure.

But through it all exists a level of compassionate empathy on our part and his. Deportation isn’t an embarrassment; he genuinely fears what may happen upon his return. There are deep-seeded secrets only revealed once he calls on the many bridges he spent a lifetime burning. The affable character suggesting heirloom tomatoes and radish treats with butter isn’t a simple man going back to his roots. This whole life is a lie to selfishly shield his mind from past mistakes. Will he forgive himself? Will he be able to earn the trust needed to build a relationship with his daughter? Will he clean himself up and begin to live once again? The beauty of California Solo is that Lewy doesn’t give us the easy answers. He merely sets the stage, leaving it up to MacAldonich to fulfill his own destiny.