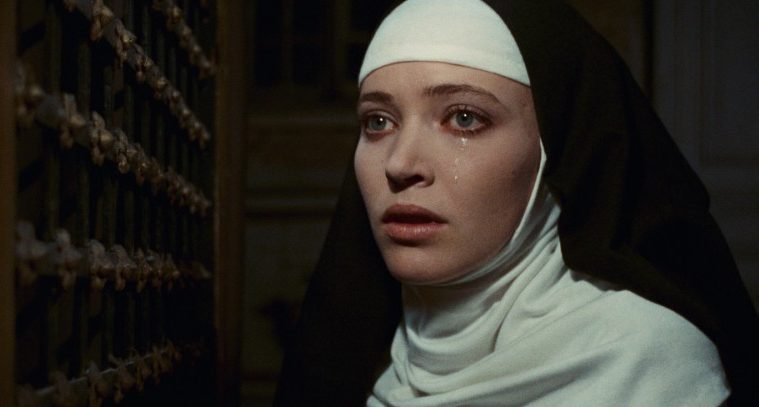 Following its initial premiere at the Cannes Film Festival 52 years ago, Jacques Rivette’s breathtaking French drama The Nun – also known by its French title La religieuse – is getting a 4K restoration and a theatrical run. Overseen by Ms. Veronique Manniez-Rivette at L’Immagine Ritrovata, StudioCanal has now released a new remastered trailer for the film.

The new trailer is both riveting and tense, showcasing cinematographer Alain Levent’s striking imagery and teasing Rivette’s complex ideas. Often regarded as one of the most poignant works of French cinema, The Nun centers on Suzanne Simonin, a young woman who is forced to dedicate herself to a convent of nuns. Suzanne faces difficulty as she begins to challenge her newly instated vows – the institutional pressure weighing on her in the form of three superior mothers and their radical behavior.

The Nun–not to be confused with another film of the same title arriving this fall–stars Anna Karina, Liselotte Pulver, Micheline Presle, Francine Bergé, and Francisco Rabal, and will hit U.K. theaters on July 27th. A Blu-ray release of the picture is slated for a September 10th. Watch the new trailer below, as well as Karina discussing Rivette at a recent stop at BAM.